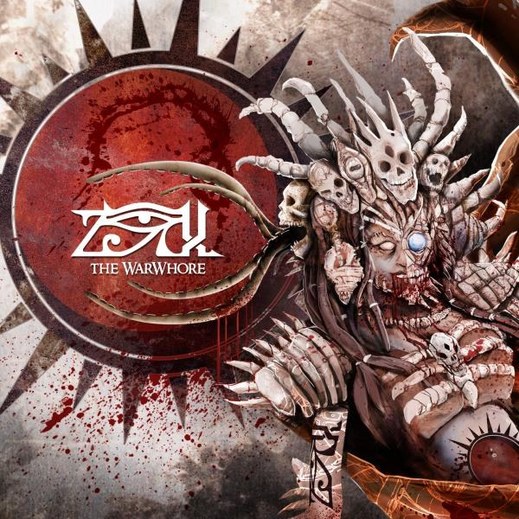 Zix is a Heavy Metal band based and originated in Beirut, Lebanon during the year of 1998. The lineup was in constant flux but now the concrete group as of today established in 2010. They just released their debut EP titled WarWhore July 19th of this year.

Zix is heavily influenced by some of the greats including but not limited to Iron Maiden, Judas Priest, and Dio. Not only do they pull from the awesomeness of New Wave British Heavy Metal but transfer in their own sounds of their Middle Eastern Persuasion.  Quite an unstoppable Metal combo if you ask me.

Maya  Khairallah’s voice was pure gold Metal  that drifted me to a time of Metal past.  Ziad Bardawil killed on bass and Juan Carrizo nailed the guitar(s). Ziad and Juan also wrote all of the songs and compiled together in the stages of cutting the EP. The creation of Warwhore’s artwork was conceived by Maya and designed by Edidiong Udo.

Warwhore is a whirlwind of talent and an explosion of Metal magic. It’s a sexy collision of sounds mimicking the powers of the Metal Gods. Whenever I like a band and I mean ‘like’ which is hard for me because I am so damn picky I get this heat wave through my chest and butterflies in my stomach. It hit me instantaneously and all I wanted to do was rock. Track one blew me away, track two I ate my hair, track three I perfected air guitar, track four I died, track five I rode on a magic carpet ride, track six was not enough for me I am looking forward to much more from them in the future! Zix is a delectable taste and if you have at least an ounce of awesome in you like I do you’ll want to go back for seconds.