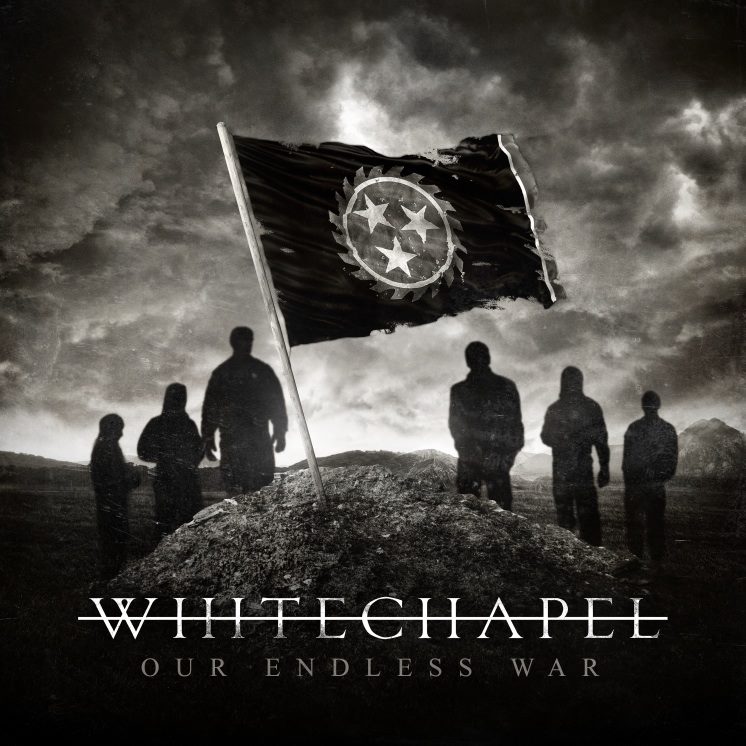 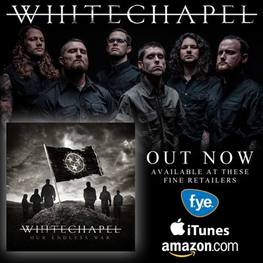 Ever since the release of their debut album The Somatic Defilement (2007), Whitechapel have never been afraid to step out of the box and incorporate new elements into their music with every new studio release. The band's new offering Our Endless War still maintains the brutality that has become part of the band's signature sound, and the melodic elements add a new twist to the traditional deathcore sound.

"Rise" starts the album off with a slow build-up which leads into the album's title track "Our Endless War". Lyrically, the title track is a scathing diatribe against the troublemakers in American society. The following track "The Saw Is The Law" definitely has a Meshuggah flare to it with a good groove mixed with technical riffage. "Mono" starts off thrashy and morphs into a massive groover with soaring brutal vocals in the chorus. "Worship The Digital Age" is the perfect way to describe the world today with technology taking over the world. Musically, the song should please all the old-school fans who have loved the band since their debut album as it contains more low-pitched growls from vocalist Phil Bozeman and chugging rhythm guitars.

"Psychopathy" begins with an eerie acoustic intro before blasting your ears with a giant power chord and monstrous roar. The track also contains one of lead guitarist Ben Savage's best solos on the album. The album's closer "Diggs Road" is one of the more melodic tracks on the album with riffage and soloing more in the style of traditional metal, which is something that seems very rare with deathcore bands. There are also two bonus tracks on the album. "A Process So Familiar" and "Fall Of The Hypocrites". Those who enjoy Phil Bozeman's low-pitched growls and the chugging guitars will embrace "Fall Of The Hypocrites" 100%. Some may even feel that it should have been on The Somatic Defilement.

This album also features a lot more guitar solos than on the band's previous albums. It is clear that Whitechapel keep maturing with every album, and that's exactly what we like seeing as fans. Our Endless War is the quintessential deathcore release of 2014, and is a must-have for all deathcore fans.

Highs: The album contains a great variety, and sometimes will make you think you're not listening to a Whitechapel album.

Lows: No complaints from me. I think people who enjoy the low-pitched growls more will only be slightly disappointed that there isn't more of them.
Metal Master Kingdom's Album/Song review & Photo Request submission form here. ​​