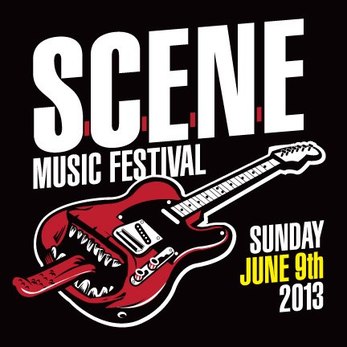 WHAT IS THE S.C.E.N.E. MUSIC FESTIVAL?

S.C.E.N.E. Music Festival is back for a 18th year that will be bigger and better than ever! Taking place in downtown St. Catharines, Ontario on Sunday, June 9th, 2013, Southern Ontario's coolest independent music festival will feature over 140 performers across multiple stages and venues.

S.C.E.N.E. is one of the largest annual, one-day, all-ages music festivals in Canada, and a premiere destination for showcasing quality independent music.  The festival attracts over 6000 fans to downtown St. Catharines each year, and is a hotbed for up-and-coming musical talent across all genres, featuring both Canadian and international talent. Past S.C.E.N.E. performers have come from as far as Europe, Australia, the U.S., and beyond, to take part in the festival.

It has now become one of "THE" summer destinations for music fans. The S.C.E.N.E. Music Festival through its history has brought fans from all over Canada and the United States.

Along with the music, the Market Square Pavilion hosts the festival Headquarters, offering a variety of activities, demos and merchandising from festival partners, vendors and local artisans.

The 18th Annual S.C.E.N.E. Music Festival is Sunday, June 9th 2013. Don't miss out on one the best days of the summer and the guarantee of one Hell of a day!