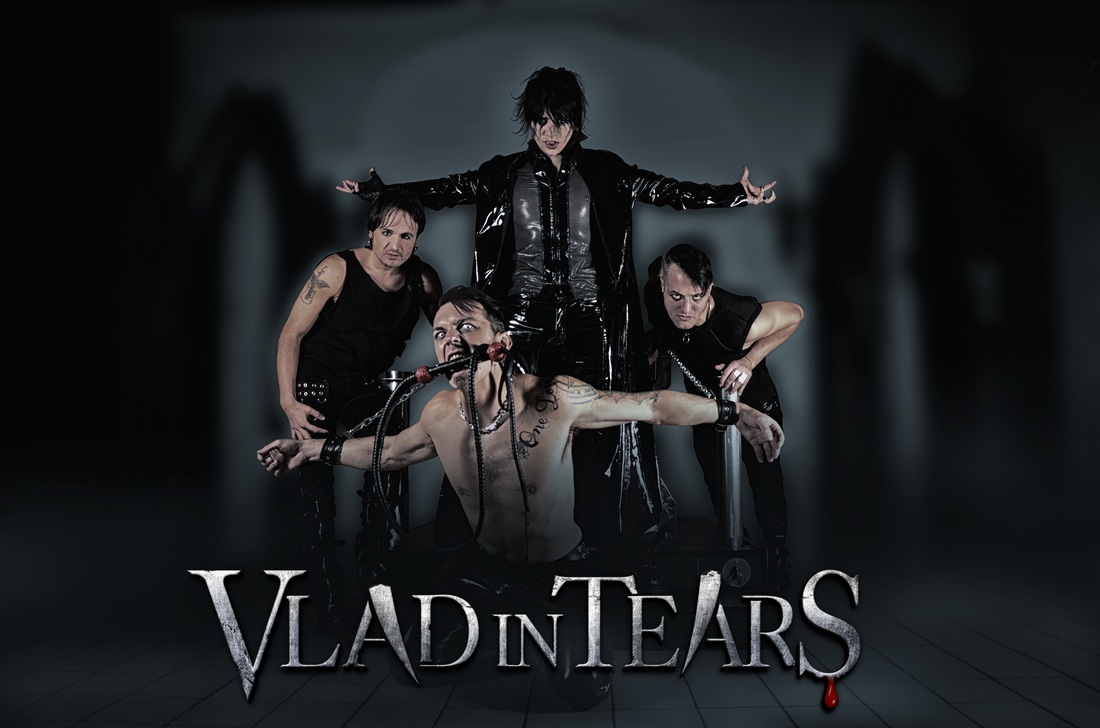 Vlad In Tears is a Dark Alternative-Gothic band that is moving in a new direction with a darker, heavier sound. This is evident in the music of their current EP release, “Night in Vladyland”. "Night In Vladyland” will only be available as a digital download on all famous portals - released by German label ZYX Music/Golden Core ( LC 06350). This is a three song release that leads up to an  expected April 2013 release of a full album, “Damnation”, which is the band’s 4th studio  album.

All tracks on “Night in Vladyland” were mixed by Jacky Lehmann ( Saxon, Doro, Wacken...) The EP contains 2 brand new tracks, Fallen Angel and More Than Ever and a live version of the song At The End Of The World, recorded live at Darkrock Festival in Burscheid 2012.

“Night in Vladyland” has some haunting keyboard tones to it with a heavy bass, rolling drum beats and crunching and squealing guitar and compelling, although at times, sassy and sexy, vocals. This is more head banging music than previous releases I’ve heard from Vlad In Tears. I’m not sure at times whether to bang my head or to turn the lights down low and just let my body sway to the sounds.

I’m not going to attempt to categorize Vlad in Tears to a specific Metal genre like I usually do in my reviews. Each time I listen to the songs I hear something new and that keeps me interested. Princess should settle down from her busy activities and come on in here to my studio and we’ll close the curtains, burn a lone candle and some incense and groove to the music.

Much Metal Love, Sisters and Brothers