Children Of The Drones Album Review
Published: May 20, 2015 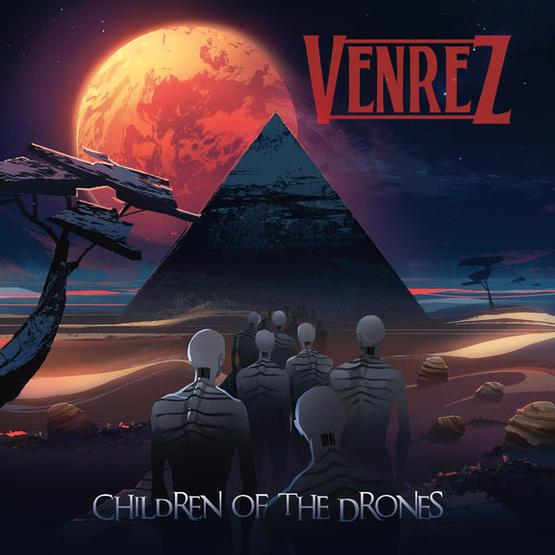 Talk about a powerful album full of youth, but created by grown-ups. With their third record Children Of The Drones, Venrez have managed to deliver a somewhat new dimension to the genre with their psychedelic brand of hard rock which clearly is a reminiscence of the legendary Alice In Chains.

Formed in 2011 and having toured with the likes of Alice Cooper, Slash and Buckcherry, the band managed to release their third studio album Children Of The Drones. The powerful blues influenced riffing of the opening track "Hang The Predator" is clearly a reminder of Jerry Cantrell's guitar work, and to complete the set, the vocals sounds like Layne Stanley's, but with a hypnotic attitude.

Moving on to the ballad, we have "Mist of Mercy" , A slow, melodic and haunting song, and again it has Alice in Chains written all over it but it's a superb song that stands out on it's own.

The album just like any other record of the 90's grunge era, talks about the negativities of life, but the overall vibe of the album is relaxing.

Children Of The Drones is a technical sounding record and they have made their tracks enchanting through the intelligent use of effects like chorus and reverb.  The only con of the album is that there was much scope for improvement and creativity, otherwise the album is a much needed breath of fresh air of the days of the transitioning heavy metal/hard rock era.