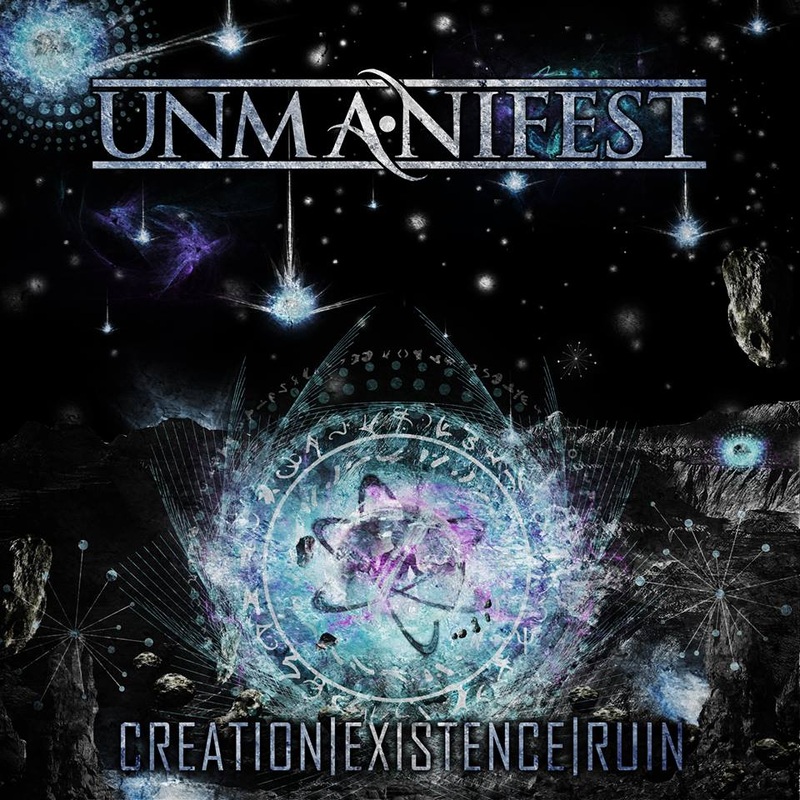 
Listen to and purchase Creation|Existence|Ruin here.

Unmanifest project a sound difficult for me to pinpoint, solely due to the fact that I spent next to none of my time listening to the endless amount of –core bands that come out these days. While this style is something I would typically keep my ears away from, the band still got my blood pumping at times with their electric crowd-pleasing sound that could really explode with some mainstream attention.

To start things off on a positive note, the structure of the album is rather incredible. It reminds me of the now retired God Forbid (I listen to SOME –core bands) and their album IV: Constitution of Treason. They setup their song titles in a very similar fashion, separating the tracks into what I like to call ‘chapters’. Chapter one of Creation|Existence|Ruin explains the origin and creation, the introduction and beginning of all things. As the album progresses, we are thrown into the chapter relating to existence and present day struggles before finally embarking on the final (and my favourite) chapter; a tale of out-of-reach omnipotence that begins to chaotically spiral downward into total ruination.

The three ‘breather’ tracks scattered throughout (tracks 1, 5 and 8) have a gentle sound with spoken word lyrics overtop that instil deep relaxation in the listener, but also portray an unravelling chaotic side toward the end of each.

All of the intros featured here work as stellar hooks, but the transitions slowly become predictable over time. Yes, predictable, but by no means bad. A fair trade-off is the overall increased amount of solos as the album progresses that are not only more abundant; but also increasingly lethal to the human ear.

While all the instruments sound very generic most of the time, they also are straight to the point. There is nothing to be unexpected on this album, which can be a good and bad thing.

My main bone to pick and I think the largest point of discussion with Unmanifest would be the vocals. I would describe them as a strained punk style shouting. These angst-filled vocals quickly become unappealing whilst over the heavy amounts of –core riffs. The growled vocals pack rebellious inspiration that slightly resemble Eddie’s (ex-All Shall Perish) just with a little bit more of a mainstream punch. Nearing the end of the album, I grew very tired of the same shouting vocals. They start playing around with screams in a few songs which sound truly wicked; unfortunately they are only used in a few verses. This disappointed me greatly; I think Josh has a devastatingly wild scream. The bass is also next to unnoticeable throughout the course of the album which is a shame.

This album left a bitter aftertaste in my mouth, but also left a mark that’s going to keep me intrigued due to its lovely song structure and its ‘would be found on Guitar Hero’ sound. Unmanifest sounds like a breed of All Shall Perish and Alexisonfire, a very strange match up but I really couldn’t find another way to describe it.