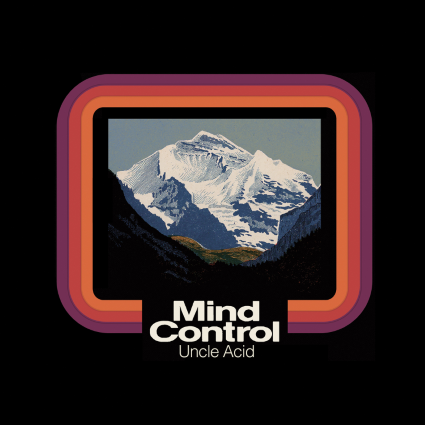 UNCLE ACID AND THE DEADBEATS

Truly remarkable and a band with their own original sound, Uncle Acid and the Deadbeats have come out with a new album entitled, “Mind Control”. No one will be disappointed to know that their sound is remarkably like the last album, just containing different themes and instrumentals. Lately, Uncle Acid has been active with more and more ideas coming our way. It didn’t take long for the release of Blood Lust to spawn more material for a unique ideal on the next album, which will be released May 14th of this year!

The first track on the album, “Mt. Abraxas” is similar to that of, “I’ll Cut You Down” in their previous album, Blood Lust. The instrumentals and tone of voice that Uncle Acid himself uses in each of his songs always leaves you with the feeling of a crazy and unforgettable acid/shroom trip.

“Mind Crawler,” starts off with very similar riffs to that of “13 Candles”, but changes up the atmosphere entirely within 3 minutes into the song. Right after “Mind Crawler”, came “Poison Apple”, which was a great sample that was released as a trailer for the rest of the album months earlier.

The most solid difference between this album and the one before it, is you feel less like you’re at a cult party filled with hallucinogens, and more like you’re trekking through snowy mountains(as the album cover suggests) with fresh food and away from most of society. What adds even more mystery was only recently, most of the rock and metal world just saw what the entire band looks like, even though they have been around for a few years already.

Uncle Acid and the Deadbeats are like no other, escaping most of society and the internet to come up with a better look at the inside of each member’s mind and what twisted story they produce next. A masterpiece in its own, you won’t be disappointed when you pick up an album by these guys and plug into it.

This band deserves a solid 10 and more for all the hard work that they’ve put into “Mind Control”. Even if you aren’t into doom, occult rock, or anything groovy, you could still listen to Uncle Acid and find yourself sucked into a much darker and sinister world full of things you never thought were possible.

To the little creeps, witches, and doomy folk,

With much love from the editor, Jasmine ~