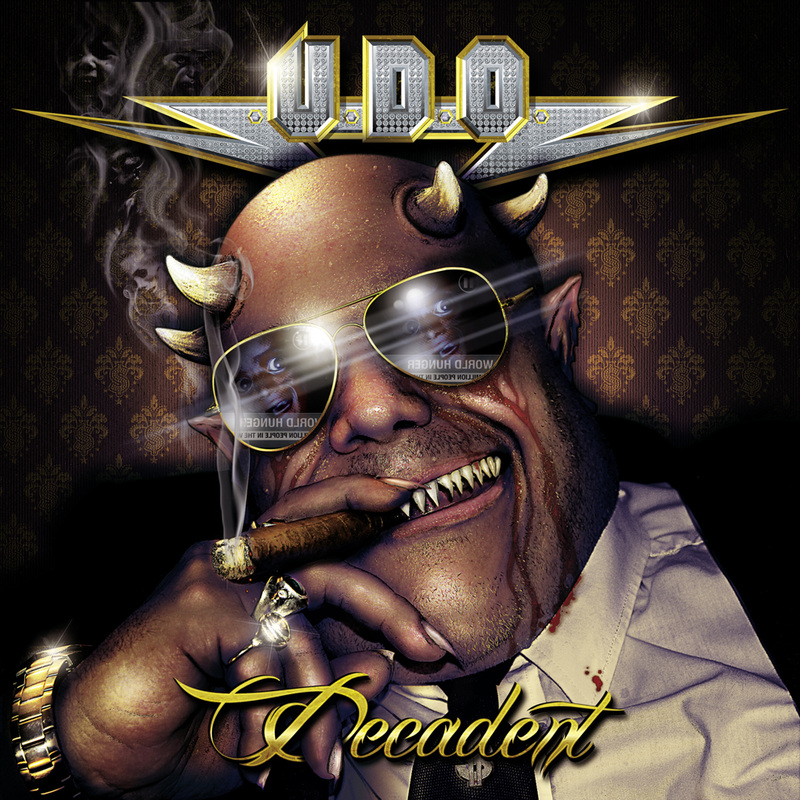 Ever since the release of Mastercutor (2007), Udo Dirkschneider and crew in U.D.O. have been on a winning streak of quality releases, and Decadent just continues that streak.  With the recent addition of new guitarist Kasperi Heikkinen, there seems to be more diversity displayed on Decadent, while still maintaining the elements of traditional metal that have become household names.  U.D.O. has never been about technicallity, just straight-to-the-point, simple, but exciting arrangements and compositions, but there's a few bursts of technicality displayed on Decadent, which shows growth as musicians.

"Speeder" opens the album with a straight punch to the face, like any metal album, which is a good thing.  It's definitely one of my favourite tracks.  Being a drummer myself, I'm always intrigued by the drum performance.  While drummer Francesco Jovino doesn't bring anything new to the table, his sense of groove, his attack on notes and his overall flow really stick in my head, and make me want to get on my drum kit and just play.  Things go more melodic on "Pain" and "Secrets In Paradise".  While "Pain" is one of the most melodic tracks, it's also one of the catchiest on the record, where the mix of catchiness and emotion goes together like peanut butter and jam. It's hard to explain the feeling I get when I hear a great melody and a great harmony.  However, I can't help but chuckle at the lyric during the clean section after the solo where Udo says "Try eating some of your own shit for once, 'cause I'm not taking it anymore".

There's a massive Accept vibe in "Under Your Skin" with a galloping riff reminiscent of "Fast As A Shark" as well as the dark choir chants, which you can imagine a huge festival crowd singing along to.  "Untouchable", while it's textbook heavy metal with a standard metal riff and 4/4 beat, it's a song that is constructed to be played live, especially with the stomping bombastic chorus.  For those who prefer the faster songs, the songs for you are "Speeder", "House Of Fake", "Under Your Skin" and "Rebels Of The Night".  Closing the album is "Words In Flame" which is the longest and most eclectic track on the album.  It's also slower in tempo, and gives the listener a chance to settle down after the full-on metal assaultand feels like a song you would hear at the end credits of a movie.

While there isn't much innovation displayed on Decadent, there's nothing not to like on this album.  The U.D.O. machine is running full-steam and showing no signs of malfunction.  The diversity and maturity showcased in the songwriting on Decadent is living proof that the German metal legend has plenty more greatness and plenty of fuel left in the tank.

Highs:  More diversity in the songwriting.  Standout tracks include "Speeder", "Decadent", "Pain", "Untouchable" and "Rebels Of The Night"