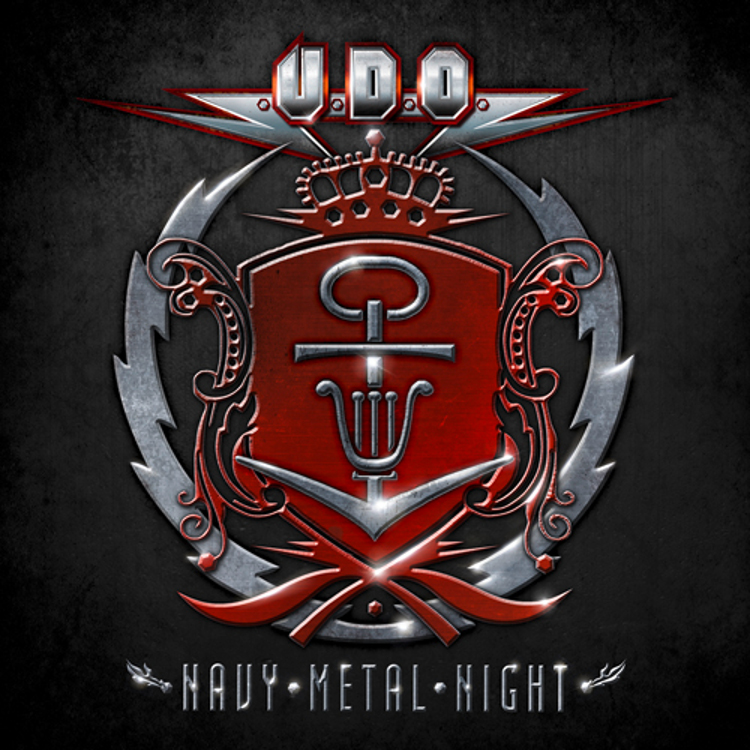 The concept of rock and metal bands performing live with orchestras isn't something that will raise eyebrows in this day and age.  It's the band that's doing it that will raise the eyebrows.  We've already seen bands like Kiss, Metallica, Deep Purple, Scorpions, Roger Waters and Styx execute it, and now Udo Dirkschneider and company in U.D.O. decided to go for it.  Their sold-out show at the Stadthalle in Tuttlingen, Germany in February 2014, featured musical accompaniment by the German navy orchestra "Marinemusikkorps Nordsee" and was recorded for a live CD/DVD set entitled Navy Metal Night.  I've always been a fan of U.D.O., so I was really looking forward to hearing how the songs would sound like with an orchestral twist.

The album begins with the orchestra playing a cover of "Das Boot" by Klaus Doldinger and is followed by "Future Land", which is when U.D.O. joins in.  A number of U.D.O. tracks from different eras were performed including the classics from the 80s and the 90s like "Heart Of Gold", "Animal House" and "Faceless World" to songs from the recent decade like "Trainride In Russia (Poezd Po Rossii)", "Animal Instinct", "King Of Mean" and "Days Of Hope & Glory".  Along with the cover of "Das Boot", the orchestra plays another cover, "In The Hall Of The Mountain King" by Edvard Grieg.  Halfway through, Udo brings out Doro Pesch and they perform their famous duet "Dancing With An Angel", which will give any listener chills.  This is a song that is truly meant to be played in a live setting with its huge anthemic-sounding chorus.  The combination of Udo and Doro's voices is outstanding and potent

"Cut Me Out" from Holy (1999) got a full orchestral twist, with complete absence of guitars, giving it a big swing jazz feel, which I thoroughly enjoyed.  I thought it was the perfect song because the original version has a swing feel, and the guitar solo was translated to the saxophone.  The European folk vibe of "Trainride In Russia (Poezd Po Rossii)" gets me grooving in my seat every time because I love folk music.  The accordion melodies and the guitars give the song a folk metal vibe.  If you love to hear the sound of crunching guitars mixed with saxophones, trombones, horns, tubas, flutes and baritones, here is a spectacular live recording featuring just that from one of Germany's metal legends.

Highs:  The orchestra along with the riffs add intensity to the melodies