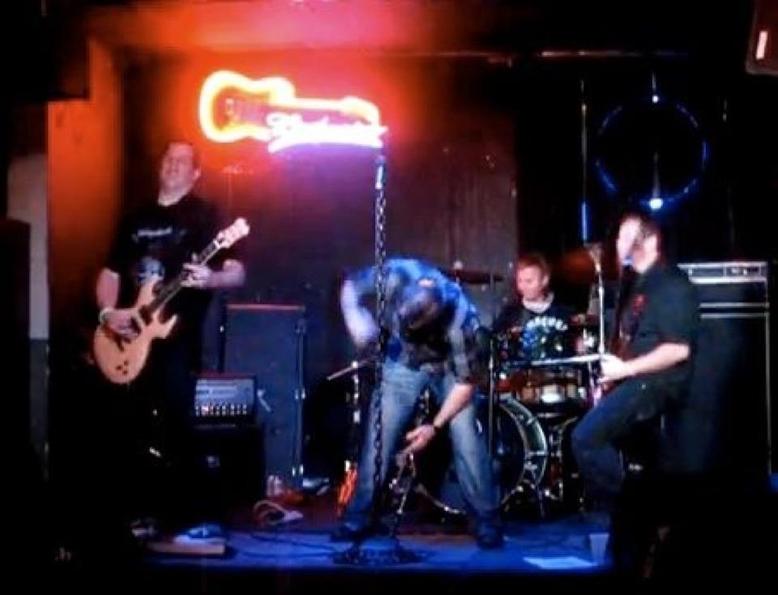 The members of Toy Called God describe themselves as having the ability to destroy entire towns in single nights, warp your kids' minds and suck their brains dry and to keep chiropractors in business performing neck-cranial adjustments.

I listened to the six songs the band has on their website. I cannot choose a favorite of the six. I enjoyed each of them for various reasons. Whatever you Say is a great party song to sing along with…”We’re here to smoke it up until we burn it down…drink it up until we hit the ground”. The beat is relentless and when it does ease off a few times it is merely breakneck. Soiled Dream and When I’m Dead start out a bit sludgy and I’m quite fine with that. This is Groove Metal after all. Be sure to check out Bulldozer. It reminds me of everyone who ever tried to make my day a lousy one and pushed me too damn far! The Voodoo has a smokin’ guitar solo that should repel the voodoo spirit that is trying to kill the vocalist. And this leaves Only One Menace. Take a listen to it and decide for yourself. In most of these songs the vocals remind me of a younger, more energetic James Hetfield, only better.

Toy Called God has 18 original songs completed and I hope to hear an album or two from them soon. They have what it takes to get noticed and succeed. They are not just another Metal band. They are original. I appreciate the tremendous headbangin’ listening session today. My neck has a lot of kinks worked out of it, thanks to Toy Called God!