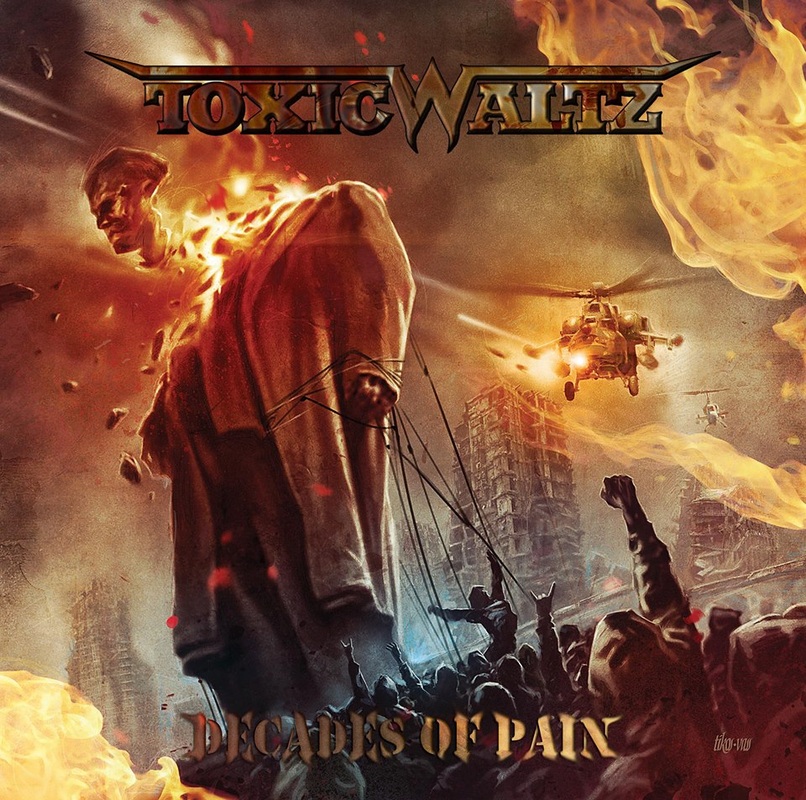 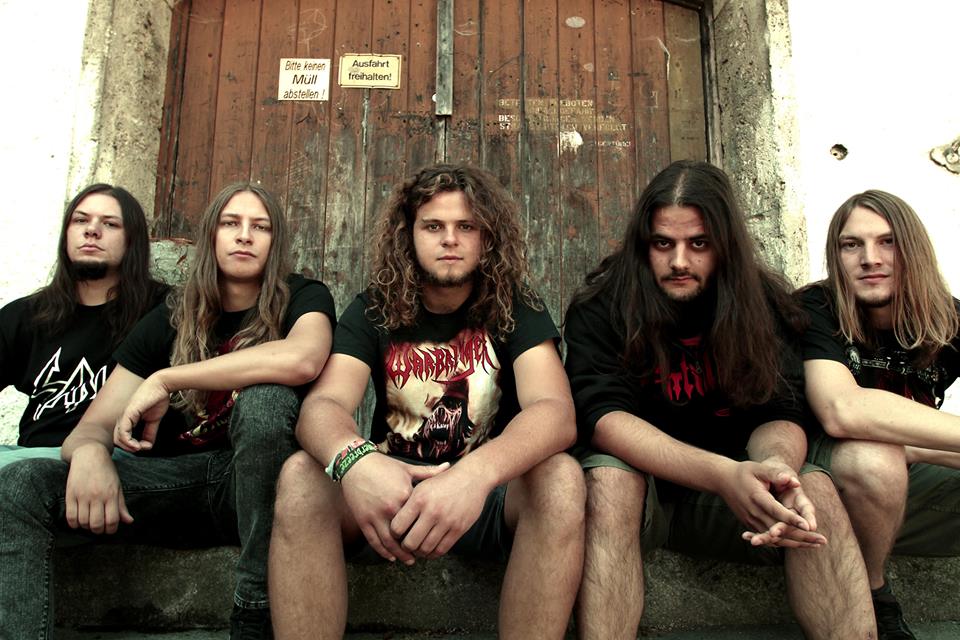 Without question, the Bay Area thrash scene is one of the most important and influential scenes in metal, spawning some of the greatest names in thrash such as Metallica, Exodus, Testament, Death Angel, Heathen and Forbidden to name a few. These bands have influenced an abundance of today's up and coming metal bands, and even a number of the veterans that started around the same time. One band that definitely shows that they were influenced by Bay Area thrash metal is Toxic Waltz. Toxic Waltz hails from Germany and was formed in 2009, and released their debut album Decades Of Pain in 2014.

The album begins with a soft acoustic intro that sounds pretty peaceful and leads into the title track "Decades Of Pain" with the final riff of the intro kicking off the track in electric form and leading into a straightforward thrash groove that's not incredibly fast, but is guaranteed to get mosh pits going in a live setting. Track 3 "World Of Hate" brings up the energy a bit with some faster moments that are perfect for starting a pit, and some slower moments that offer great headbanging sessions. The track also contains a deliciously melodic and chaotic solo that I'm sure will be loved by everyone who listens to it. When most people think of thrash solos, they usually think chaos with constant shredding, but it's important to throw in melodic solos as well, and this album contains a well-balanced mix of chaotic and melodic solos. Some of the tracks that include both types of soloing are "World Of Hate" and "Suicide Squad".

Thrash lyrics usually tend to talk about people's frustration with politics and war, but an excellent topic for a thrash song is how mankind is destroying the earth, and that's exactly what the song "Green" talks about. Of course there are also songs about war like "Suicide Squad" and "Morbid Symphony". The closing track "Obsession To Kill" has a huge Slayer feel, with an intro very reminiscent of "Angel Of Death" and vocalist Angelo lets out a scream just as the speed kicks in, just like Tom Araya does, and I'm sure that will go down well with a lot of fans.

A really well-executed thrash album with lots of aggression is exactly what thrash fans want, and I think Decades Of Pain will surely satisfy every thrash fan’s hunger for aggression. With a bright future ahead of them, we look forward to more great thrash from Toxic Waltz!

Lows: Nothing much to complain about at all. I think if there were a bit of melodic vocals as well, this album would be perfect.