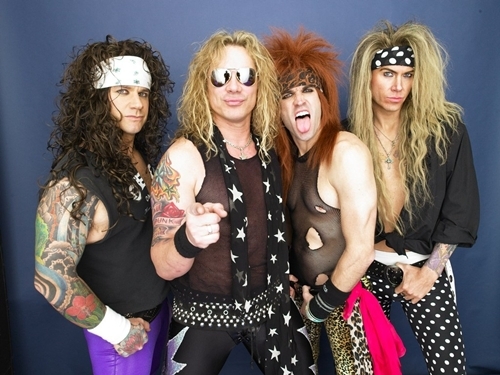 Recently, I went to see Steel Panther, Motley Crue and Def Leppard at the SECC in Glasgow, Scotland, The show was great, Tommy Lee even took is Drum Roller Coaster! One lucky fan got picked to ride in with him as he had a seat in the back, Although, the music played during his drum solo was dubstep, I still enjoyed it even though that’s not my thing, Anyway, onto the set-list for that night, we'll start off with Steel Panther, the Set-list is as follows:


I thought this was a brilliant set-list for Stelel Panther. It was not dominated by either their first album or their second. They also were really funny in-between songs being as said by Michael Starr (Ralph Saenz) “retards” although I went to see Motley Crue and Def Leppard Personally for me, this was the highlight of the night. Now onto the set-list for 2nd band up on the line-up. Motley Crue!

I only have a few criticisms for this show. Girls, Girls, Girls was played a lot far faster than it normally is, and Kickstart My Heart was played a lot slower, but none the less, it was still a brilliant show they put on. Now onto the main act for the night. Def Leppard!

High 'N Dry
When Love and Hate Collide
Women Two Steps Behind (Acoustic)
Bringin' on the Heartbreak (Acoustic)
Switch 625
Hysteria
Animal
Armageddon It
Photograph
Pour Some Sugar on Me
Encore:
Let's Get Rocked

This was one hell of a show by Def Leppard, a10/10 as far as I can say. The whole night was great. Afterwards, getting back to my hotel room the noise and vibration even made my teeth hurt. It was one hell of a night! I’d recommend going if this ever happens again, YOU GO TO IT!