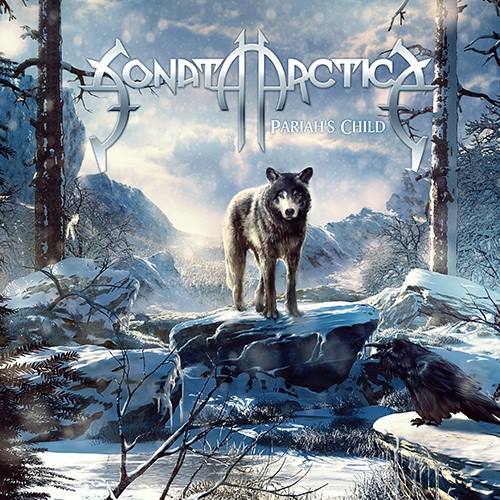 Sonata Arctica have returned to their roots with the release of their 8th full length album, Pariah’s Child (2014). After a few albums that have gone into directions of “is that really Sonata?” and “No seriously, who am I listening to?,” it seems that that one of the most iconic Finnish metal bands have decided to return to that tried-and-true, good old Sonata Arctica sound that enraptured fans to begin with.

From the first fast paced, symphonic intro on the opening track “The Wolves Die Young” to the last power chord, you can tell the Finnish wolves are back. However, not all the songs deal with the dark, romantic view of olden times, battles and lost loves that we (or at least I) loved. We get a few random modern stories in the lyrics with “Running Lights” and “Half a Marathon Man,” the latter having an 80’s hair metal feel that makes us cringe but want to dance at the same time.

One of the most powerful songs on the album is “What Did You Do in the War Dad?” which plays out a hauntingly emotional discussion between father and son about war (obviously). But this song not only reminds me of amazing Sonata tracks like “Gravenimage” and “The Ruins of My Life,” but it develops the same type of dark story in vocals that deliver emotion and wrapped around perfect power chords, elegant symphonic arrangements and a kickass drum for that extra oomph.

We also get some more upbeat tracks with imaginative lyrics like “Cloud Factory” and “Take One Breath”, but along this progressive “imaginative” streak, comes the track I have a love/hate relationship with, “X Marks the Spot.” If you can suffer through the annoying American preacher prattling on about how music saved his soul, you will get to a pretty decent song with a bit of humour when Tony Kakko cries out “ay ay ay!” halfway through the song. But as soon as the preacher yells out “testify, children. Testify!”, I’m out.

The album is finishes off with a sappy love ballad with the creative title of “Love,” which is sub par as far as Sonata ballads go, and one of the better tracks off the album “Larger than Life,” which encompasses a lot of the good old Sonata sound with a few of the newer progressive elements that make a pretty decent combo. All in all, I’m glad Sonata Arctica is straying from the path they were going down, but it’s dangerous business to go back to a tried-and-true sound. Whatever it is, it can’t be any worse than “Shitload of Money.”