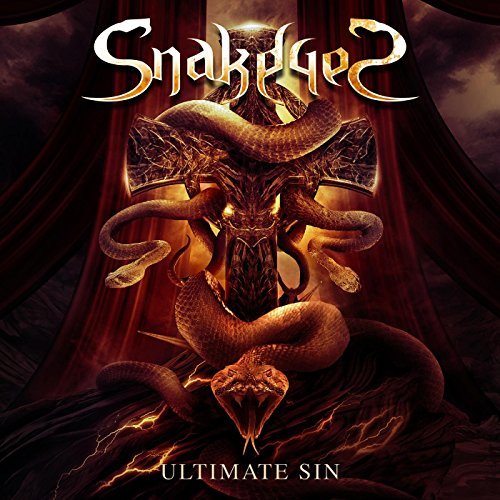 The debut album from Snakeyes called Ultimate Sin is an album I really enjoyed listening to. The band hail from Spain, and they have supplied the world with the metal that is a nostalgic trip to the 80s reminding us of the bands like Judas Priest. The four-member band composed of vocalist Cosmin Aionita, bassist/guitarist Jose Pineda, guitarist Justi Bala and drummer Carlos Delgado, released the album on March 19, 2015.

Escalating riffs, tuneful solos and an inflated vocal range, all are the chief features of this record. The roots and influences can probably be traced back to 80s power metal style, but the approach is new.

They have also tinkered with thrash and groove metal . The songwriting is absolutely brilliant with every track focusing on mind-melting speed, separate sections of different feels, and even a little bit of melody.

Snakeyes has aimed for maximum intenstity and speed which is very evident from their opener "Demon In Your Mind". Melody makes an appearance as a guiding muscle in some slices of the record but make no mistake though; Ultimate Sin is absolute brutality.

Even the slower tracks on the album are still full of speeds and musicianship that so many bands only wish they could match. It’s really hard to pick out one individual track to highlight because literally, each and every song has several instances of pure insanity.