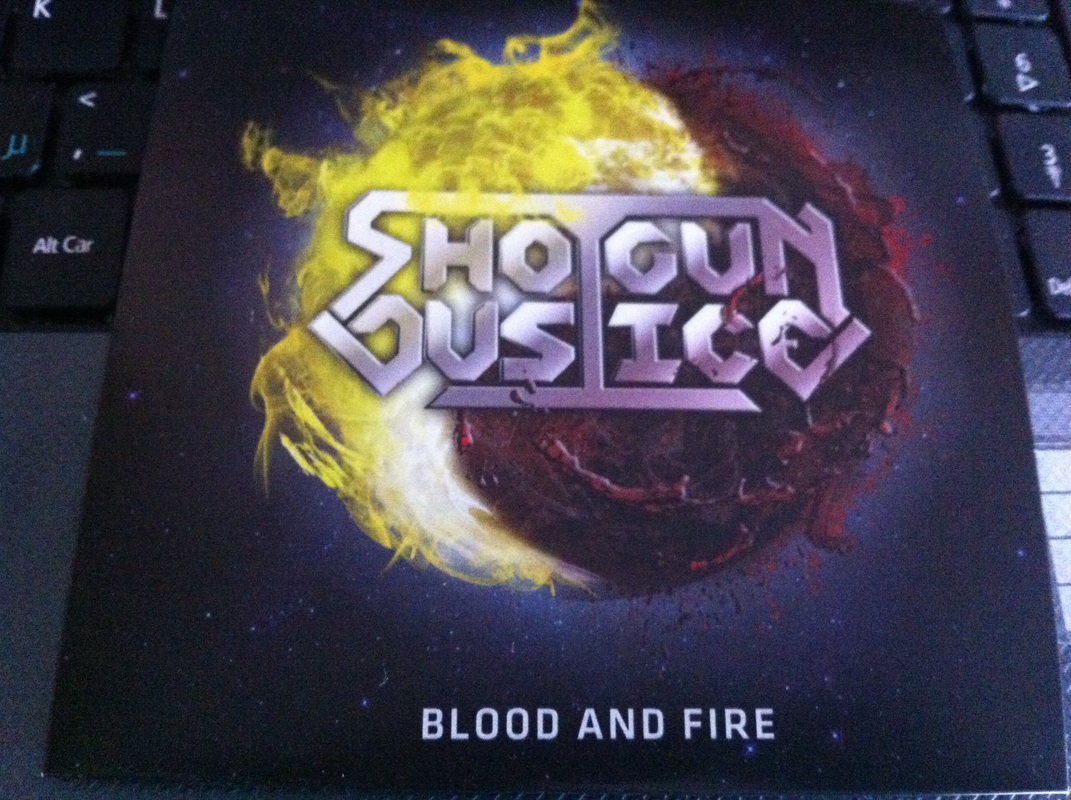 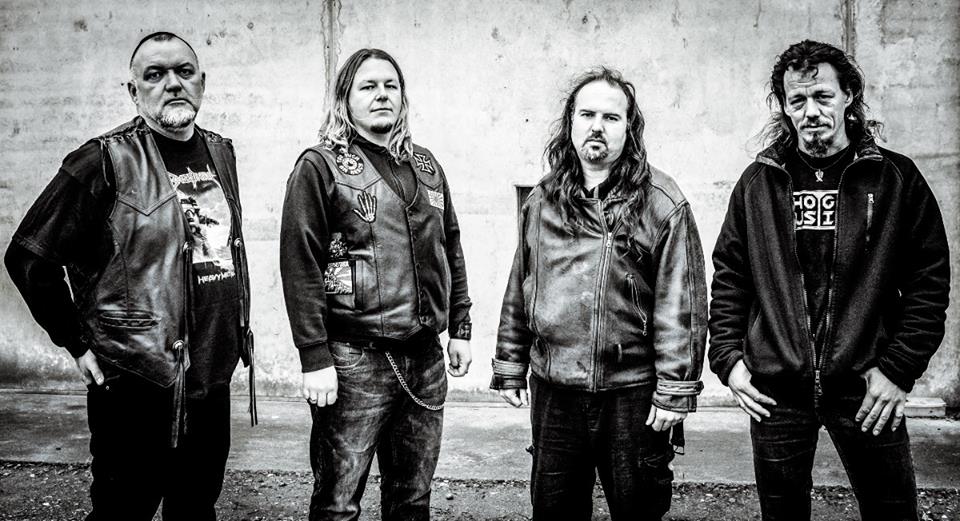 The band Shotgun Justice comes to us out of Peine, Germany. Since their 2003 formation, two members remain as constants: Tobias Grosson drums and Erik Dembke on as guitarist. As with any band, reshuffling of members has brought Shotgun Justice 3 more members: Bernhard Jagielki on vocals, Marko Kraft on guitar (both as of 2007), and Heiko Wessel on bass (as of 2009). This line up has brought much success to the band in 2012, and allowed them to play many gigs, festivals, and T.V. Broadcasts via TV38 in 2013.

The band had another bass line up change in 2013. They welcomed Tim Kruger, who had already helped out on past shows.

Erik sent me a copy of their two song sampler titled Blood and Fire, which combines the titles of both tracks on the cd. The band presented the songs during their appearance at Split The Sun festival back in November of 2013. The band intends on cracking the North American scene which is where this review comes in.

The first song, “Blood for Blood”, is filled with an irrestitable bass gallop, aggressive vocals backed by chugging guitars, and then the traditional classic rock guitar solo with sustained notes. “NO MERCY, FOR THE MERCILESS” in the lyrics does suggest a cry of war, or retribution for an unwanted attack. Perhaps these words reflect the global unrest of many who are rising up against their governments.

The next tune, “Blessed with Fire”, starts with a quicker tempo than the first song. It settles into a rock beat that contains gruff vocals and steadfast drum beats. As the song progresses, the lead guitar and the bass duel, but the lead guitar carries us into a massive riff sure to please classic heavy metal fans. As the song continues, we are once again back into the rock beat that carries through to the final notes, and is filled with back-up vocals, and finally in a cappella: BLESSED WITH FIRE!

I have always been intrigued with bands from Europe, Germany in particular, and Shotgun Justice are no exception. Their music style is filled with classic heavy metal, but with nuance of modern day sounds. Expand your music library with the work of Shotgun Justice today.