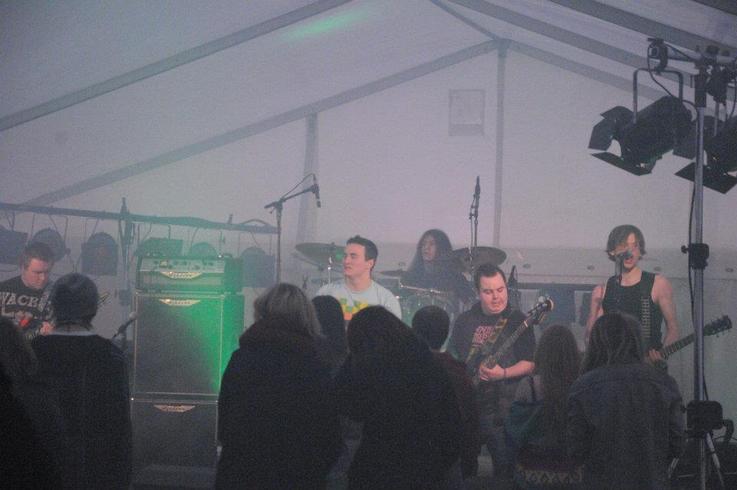 It all began back in 2010 in Norway. A bunch of dudes getting together for the purpose of playing METAL. Like many young bands, they endured plenty of line up changes but through it all Shattered Society was able to write and produce an EP which they released in January of 2011.

Credits to Hans Petter Solen for producing our EP. And Tommy Rosenberg for lending the much needed equipment.

After the departure of their vocalist, the lads were joined by Toni as the new frontman. With the band mates now in place, they are writing songs for a new upcoming album due out sometime this year. I for one am eager to hear Toni's vocals as the former vocalist left him big shoes to fill.

I am reviewing 2 songs from the original EP:

Blisters Sore
The most prominent feature of this song is the powerful, angry, malevolent vocals. We get into a wicked breakdown halfway through the tune. Overall the song has well placed rhythm change ups and the guitars keep the it all running like a well oiled machine.
Ignoring The Truth
That wicked scream in the intro sends shivers up the spine! Then we are blasted by blistering driven drum beats. This song is very much a drummers song. Great style and feel to the whole song!

As we progress through 2012, I am encouraged by young bands such as Shattered Society who create their own observations of todays society through their music. Best of luck to the dudes with the recording of their next album!