Shatter Messiah was formed in 2006 by Curran Murphy (ANNIHILATOR, NEVERMORE, WAKING THE FURY) and Robert Falzano (ANNIHILATOR, BLOOD FOR BLOOD, ORPHANS OF CHAOS).

The band has released two full length albums, “Never to Play the Servant” 2006 and “God Burns Like Flesh” 2007.

The band is back with a new lineup and is ready to release their third full length album in 2013, titled “Hail the New Cross”. As is noted on Shatter Messiah’s facebook page:

“With the machine back up and running Shatter Messiah are ready to hit the road and once again show they are still the unstoppable machine they once claimed to be!

Get Ready for the Second Coming!!!”

I had the pleasure of interviewing two members of Shatter Messiah, Michael Duncan and Patrick Gibson in the Pagan Annex. Both of these guys are dedicated, experienced songwriters and world class musicians. And they are a couple of world class nice guys as well. I found them to be quite open and friendly as an interviewer, and they made this the easiest and most comfortable interview to date. In this live video interview, the viewer will find much information about Shatter Messiah, Michael Duncan and Patrick Gibson, and some humorous conversation as well.

Much Metal Love, Sisters and Brothers 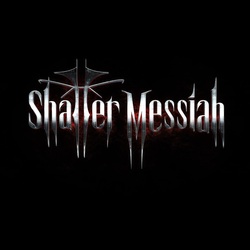 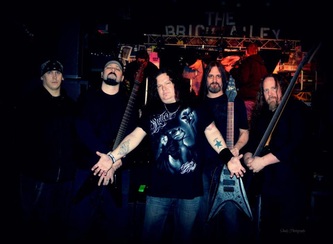