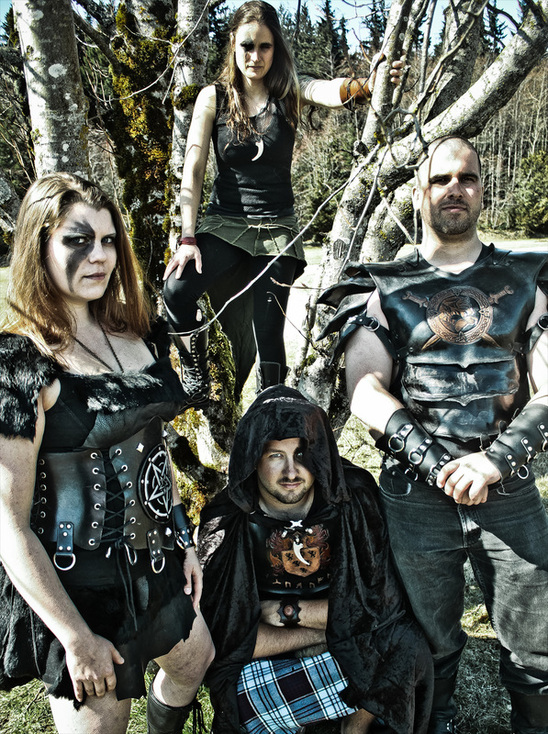 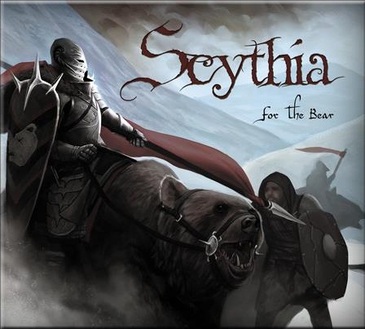 Purchase For The Bear via: www.scythia.ca

Upon listening to "For The Bear" from Scythia I am reminded of leaner, meaner times, when men folk went off to fight invaders, or off hunting for food. This is what most folk stories are made of and the tracks on this album give me all that and more!

Scythia have gone beyond producing music: they have created an audio and visual world of centuries gone by. I am impressed with their abiltiy to fuse metal and folk to the point that I am transcended to a boreal forest where one might find a village, and then pan to a field where battles ensue, with sword blades clanging, and men fighting to their death in the name of their loved ones!

Sythia was formed in 2008 from Dave Khans' infatuation with a Nordic/Russian influenced painting of sword wielding men on bear-back. How poetic is this? European folklore has been intrepreted in many ways, but Scythia have gained a niche of their own by creating their version of epic storytelling through their music and live on stage.

"For The Bear" has every element for an entertaining live track. I raise my beer-filled stein to the bear! Yes, a perfect drinking song!

"Black Death" gives us reason to headbang. Who thought the oboe could be so beautifully integrated with pounding bass lines and drums, and ripping guitars?!

"Dies Irae Pt I" is a faster metal-styled tune with all the classical medieval flavour from the oboe and musical triangle that give this hard -edged song life. True emotional tides of excitement, leading to war, and then sullen with the end of the first kill of the battle; triumpant, jubilant soldiers wait for the next wave.

I hold my fist high for the masterful compilation of folk metal that this Canadian band has created. I hope to see "For the Bear" ride the waves of success that it deserves!

I wish my fellow Canucks all the best with this release, and hope to hear much more from them!