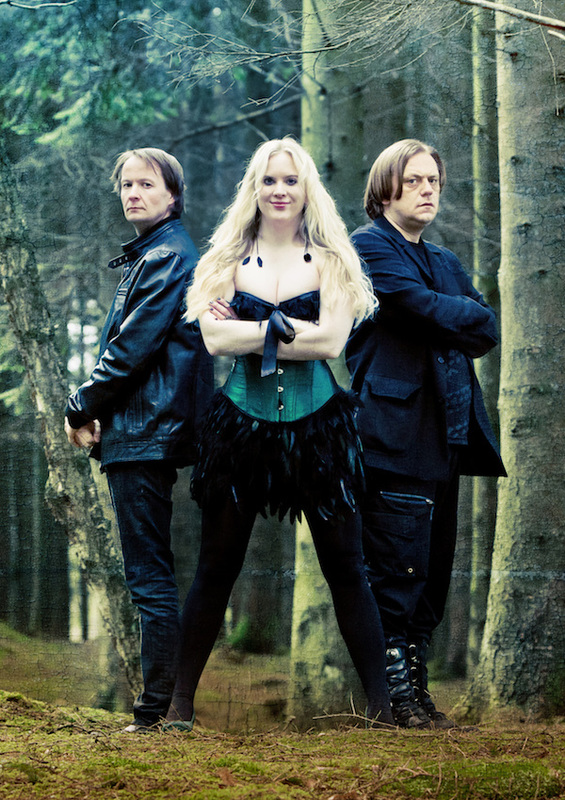 View official video for "Hang On" from SAVN here.

Sins of Thy Beloved, an old favourite of mine for their melancholic tunes, disappeared off the radar over a decade ago. Now, keyboardist Stig Johansen and vocalist/guitarist Anders Thue have revived this musical project under the newly christened name SAVN, the Norwegian word for “deprivation”. SAVN topped off their lineup with Midnattsol vocalist Carmen Elise Espenæs, who just so happens to be the sister to Leaves Eyes vocalist Liv Kristine. I guess talent runs deep in their genes.

SAVN is heavily reminiscent of the gothic metal scene that flourished during the Theatre of Tragedy era. SAVN’s self-titled debut album mixes the melancholy feel and melodic flourishes we love of goth metal with some folk elements and modern twists. The results are tracks that give you that warm fuzzy feeling as you reminisce of your gothic metal days, but at the same time, it doesn’t give the impression that you’re listening to used up tracks. Everything is fresh and the new stylistic elements really pull you in.

SAVN is definitely an easier listening metal that won’t necessarily make you want to throw down, but will make you want to sing along to every song on your first listen. I caught myself humming the tune to their bonus track “Hang On” more than once after a first listen. Carmen's vocals are soft and tend to lean more towards a lower register, which is a change from the high note belting vocalists we tend to get. Much like her sister Liv Kristine and Within Temptation vocalist Sharon den Adel, Carmen has an eloquent voice that gives a surreal fantasy feeling with its subtle power and soft edge. A personal favourite is “Lengselens Hånd,” which has wonderful melodic elements provided by the Lingua Mortis Orchestra, folk arrangements and the melancholic beauty of Carmen’s vocals.

You really never know what you’re going to get on each song. I was happily surprised to recognize Liv Kristine’s voice on “I Am Free” and End of Green’s Michelle Darkness on “The Demons in Me.” There are even a few well-placed growls in a few tracks, taking care not to overpower the songs. Hands down I think my favourite addition are fiddle players Dag Bjørkedal and Lillian Hodne, who turn tracks like “The Demons in Me” around with their folk edge.