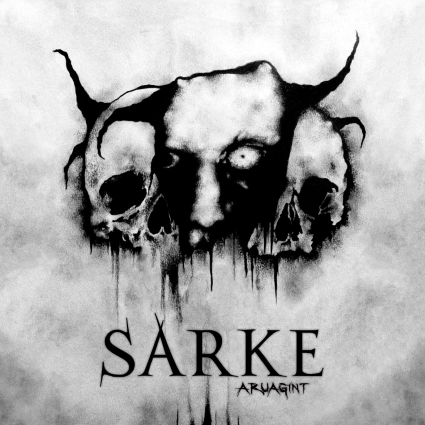 Sarke’s latest blackened thrash venture Aruagint is to some degree a more refined and polished album than their previous records; yet it still holds the genre’s classical straightforwardness that the hard-core fans crave time and time again. Any fans of Bathory, Celtic Frost, Hellhammer and similar bands (Darkthrone too, for obvious reasons) are without doubt going to enjoy this nefarious account of dark and dour tales.

Nocturno Culto’s vocals are a spitting image of his current work found in the legendary Darkthrone. I had a blast hearing his vocal style over the diverse elements found within Sarke. Instead of his usual vocal portrayals of occultism, rebellion and thrashing nothingness, here his rasped moans paint pictures of uninviting dead discoveries and grim lunacy.

The keyboards often seem to be well-kept secret, wailing away at intervals in the background; never jutting into the spotlight but always lending a helping hand to the somber aura depicted by the traditionally radical guitar riffs. The sludgy bass lines are more prominent on this album than on the band’s prior releases and on numerous occasions are heard pounding away alongside the rhythm guitar, further adding to the disturbing obscurity. The concurrence of instruments sounds slightly more complex than earlier albums; though this isn’t saying much as the charm of simplicity still thrives.

To pick a favourite track is far too difficult a task, though I highly recommend “Ugly”; from start to finish a short and sweet dark thrasher certain to entertain. Also, “Strange Pungent Odyssey” is another wonderfully dark account summed up perfectly by the title itself, putting you in the boots of a being escaping a demon horde via train getaway. “Jaunt of the Obsessed”, “Icon Ursurper” and “Walls of Ru” all follow the traditional heavy headbanger path, each assured to please.