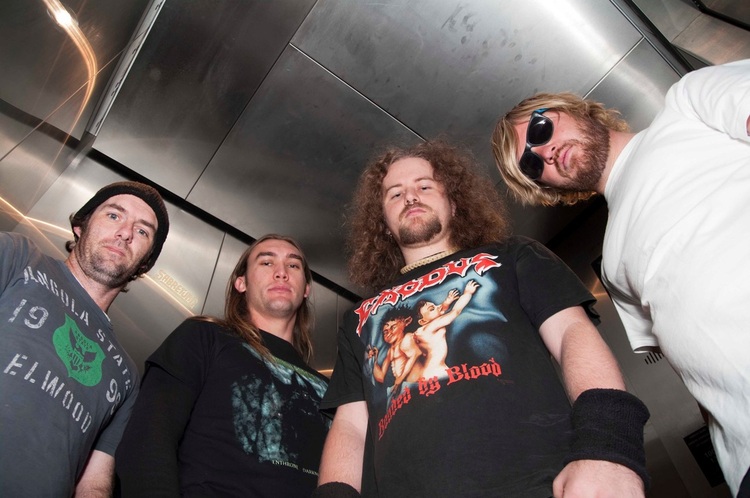 For bookings or a press kit please contact our management:
dougmurray85@gmail.com

Sabretung is a band that comes from Australia and creates a unique thrashy sound. If you ever thought AC/DC was the only good band to come out of Australia you may have been right. Until now!

These guys bring in some of the technical modern day thrash sound like Havok and Lazurus AD, but they also stay true to the roots of thrash hailing from the 80's. An example of this is the song duo of the insturmental "For the Term of His Natural Life" and "Eliminate the Weak", it combines new and old sounds which is awesome!

As for influences these guys cite Kreator, Sepultura and Slayer as pioneers of the music that influenced them. They sound alot like Evile which is to be expected because they have roughly the same influences but they also have those subtle yet distinct differences which makes them great!

The band isn't really well known so let's all help them out by spreading the metal word of them!