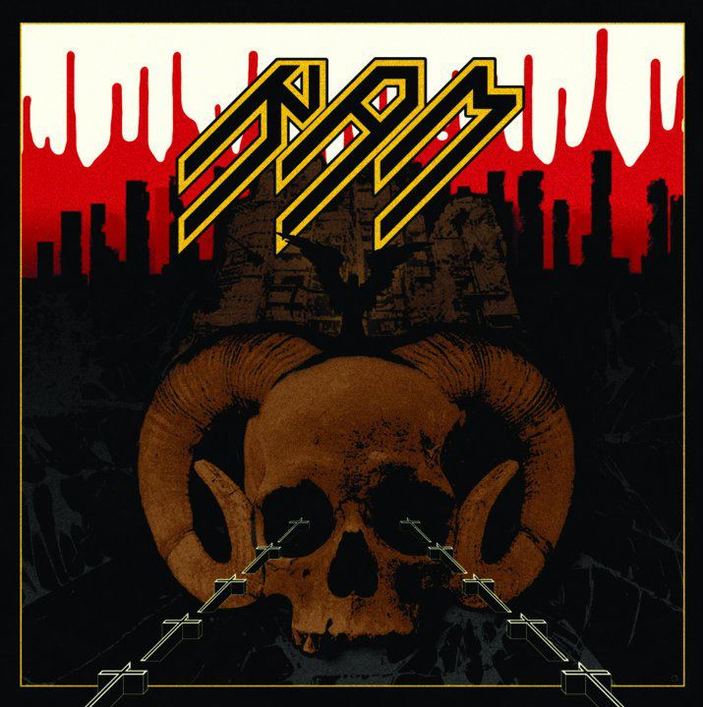 Disillusioned with the post grunge Metal scene, Harry Granroth formed RAM in 1999 as a response to the “misinterpretation of metal that ruled the scene back then.” This sentiment has been common since the 1990s and is held by many metal musicians in 2012 as well. While the definition of “True Metal” will gain varied responses, there have been many musicians recently who intentionally returned to the direct influences of traditional metal bands while incorporating the speed, intensity and technicality of thrash metal to further progress the genre while recharging some tradition into it. RAM succeeds greatly in that arena and as a result they have toured internationally with Sebastian Bach, Dark Tranquility, Watain and Gamma Ray. The latest highlight of RAM’s path to glory was in 2011 when they were signed by Metal Blade Records. Their latest album, “Death,” is a diverse, thrashing assault on the senses that delivers head banging, mammoth scaled riffs and chords with stunning melodic moments as well.

“Death” opens with a self titled instrumental featuring an interesting guitar reminiscent of an electric violin. The next track, “…Comes From the Mouth Beyond” aggressively kicks off the relentless intensity of the album with no remorse to soft listeners. Oscar Carlquist’s vocals are a gruff take on the operatic vocals of traditional metal, which is very interesting and refreshing. The song’s mid-section slows in speed, but keeps the momentum up with great melody and a blazing solo. One of the album’s highlights is “I Am the End,” which opens with a heavy, chugging riff reminiscent of Slayer’s “Behind The Crooked Cross.” At the end of this track, Oscar Carlquist really gets a chance to display his vocal range with some very high notes and scales.

“Release Me,” the fourth song, features a strong chugging main riff and a blistering solo. The vocals display great melody as well. One of “Death’s” other highlights is the next track “Defiant,” where RAM’s strong Iron Maiden influences truly shine. “Defiant” in particular has a triumphant, “charging into battle” anthemic quality to it, which makes it a particularly rousing song. The closest song “Death” has to a ballad is the sixth song “Frozen,” a slower song with softer vocals. Despite that, it still features the metallic solos and riffing present earlier and strongly displays the band’s trademarks.

One of the fastest, most thrashing songs on the album is the seventh track “Under the Scythe.” Heavily contrasting the softer approach of “Frozen” the aggressive drumming, speedy riffs and rapid-fire, raspy vocals on this track make for a headbanging, neck breaking experience. RAM add another heavy contrast to “Under the Scythe” by following it with “Hypnos” another slow track. This song is just as good as “Frozen” and continues to display the band’s heavy use of melody and heaviness. The next track, “Flames of the Tyrants,” is a hard thrashing song that matches the intensity of “Under the Scythe.” The vocals on this song are reminiscent of Rob Halford, arguably displaying the most noticeable Judas Priest influence of any song on the album. And as a bookend to the album, “Death” closes with the instrumental “1771.” The intro is moody and ominous; leading to a passionate, heartfelt song featuring epically scaled power chords. “1771” is a very satisfying closer that displays the variety of moods and sounds present on this album. And possibly a reference to the spirit of true metal, the song closes with a literal metallic clanging.

The musicianship here is a great mix of thrashing aggression and traditional metal elements, which is unique and displays a truly metallic sound. Modern metalheads who are disillusioned with the numerous, often controversial metal fusions present in today’s metal scene will be pleasantly surprised by RAM. Their music is fuelled by aggression, mixing menace with an often triumphant sound that also shows much diversity through their melody and wide variety of influences. RAM have come a long way since their inception and I hope to see them achieve even more success. With their incredible determination and dedication to their music, I have no doubt that they will gain more attention from other passionate metalheads seeking the same musical approach.