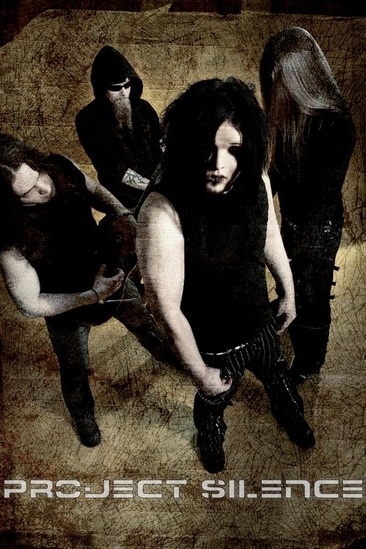 Project Silence is a Finnish band from the Heart of Northern Savonia which combines brutal metal, dark machines and beautiful trance elements that strikes mind and body with fierce force. They began releasing songs as free downloads in 2008-2009. Their songs are a mix of dark electro, trance and aggrotech. Now Project Silence works on their first official single and is creating their debut album. Upcoming songs will feature more experimental combinations of trance, metal and pieces from dark world of dark electro and aggrotech. I’m anxiously awaiting a full album release.

I have been given the honor of listening to Project Silence and choosing one of their songs to review. I listened to all of the songs that are on their Reverb Nation page. They are 424(Intro), Stardancer (Ravens Whore), Silence, Pressure_Revolution, Cage of Hate, Alone (Crushed by Your Lies), My Reality, Termination in progress (Sample), My Reality, Voices, Castlevania II Bloody Tears, and Decay. Some of the songs seemed to terminate too early, so I went to YouTube to listen to what Project Silence has posted there.

Stardancer (Ravens Whore) is the song I decided to review. It’s like a great horror movie. It begins with a light electronic melody, like you’re traipsing through the woods. There’s a crescendo of background keyboards, a few taps on a drum and then suddenly the “monster” appears! With a growling, howling vocal and guitars, drums and keyboards.

Then the listener is taken for an awesome ride! There are alternating verses of clear vocals and then anguished and tortured vocals. Toss in a good guitar solo near the end of the tune and the woman of the song is bloody and eternal “beneath this hellish moonlight”.

Stardancer (Raven’s Whore) is dynamic and exciting, as is Project Silence.