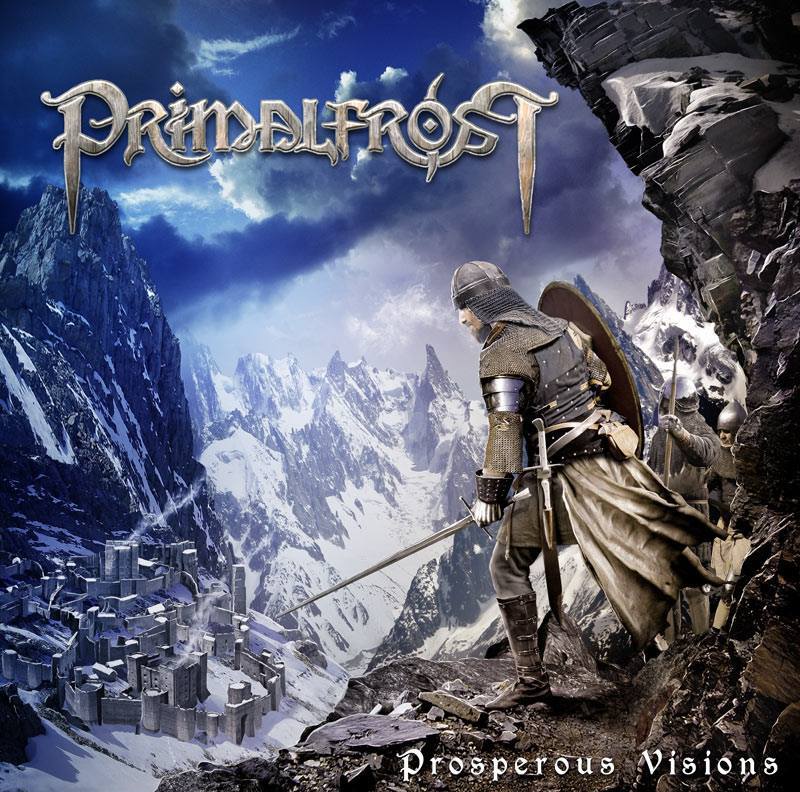 We've all seen the videos on YouTube of one person performing all the instruments to a cover song, but Toronto's very own Dean Paul Arnold took that to the next level, where he put together an album of all original material under the band name Primalfrost and plays all the instruments. You don't find many of those guys in the world.  With his multi-instrument talent, Dean has churned out a potent combination of black, melodic death and folk metal entitled Prosperous Visions.  I got to see Primalfrost for the first time a year and a half ago, and most recently when they opened for Dark Tranquillity.  I've gotten to know Dean a bit and we became pals, and he's a great musician and a real good guy!

Ensiferum is one band you can hear influence from on a majority of the album with glorious melodies, orchestration and choir chants over top of the furious and vehement riffing.  This can be heard on tracks like "Distant Cries Of War", "Beyond The Shores & Lands" and "Cathartic Quest".  "An End To Tyranny" is probably my favourite song on the album with the clean acoustic intro that charges straight into bombastic verses and contains one of the heaviest choruses on the album. Some of the guitar tracks were left raw and unpolished, where they sound like they were just recorded on a regular recording program and during the mixing and mastering process, they were just added as the rough cuts from the recording program.  The melodic vocals in certain tracks add a different element to the album.  "Cathartic Quest" is the longest track on the album, clocking in at over 14 minutes, and is the continuation of the story to "An End To Tyranny".

While there's plenty of excitement on Prosperous Visions, the typical black metal style riffing with distorted tremolo picking along with the soaring sound takes away some of the magic of the album.  It's pretty cookie-cutter.  Even though some of the songs have a melodic touch musically and vocally, it gets hard to tell some of the songs apart.

Currently, Dean is playing guitar with Vital Remains.  Now that's a dream come true for any metal guitarist, but I've been told that he will continue to write and record Primalfrost music.  You can see videos of Dean playing some of these songs on all instruments, as well as covers and more on his YouTube channel, by clicking here.  Dean, if you're reading this, great album man.  Looking forward to hearing more!

Highs:  All instruments played by one person is something you don't hear much about.  Standout tracks include "Distant Cries Of War", "An End To Tyranny" and "Beyond The Shores & Lands".