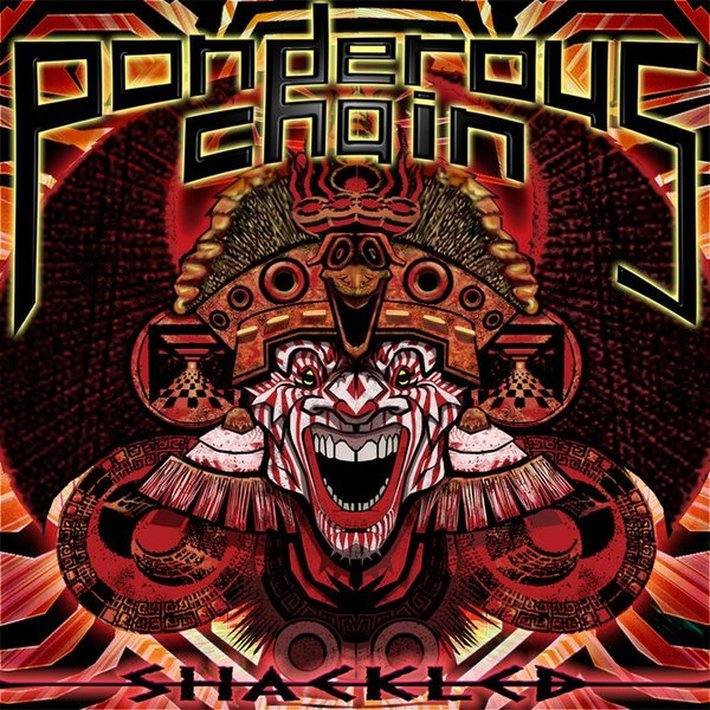 Ponderous Chain's debut album "Shackled" is dense, thick and staggering in its complexity.

This auspicious inaugural salvo from the Canadian five-piece displays their proficiency in fusing math rock, groove and death metal to form a violent, gorgeous soundscape that both punishes and pleases the listener.

Strange, querulous vocal melodies counter-balance the brutal screams of singer Christian Wolf, whose voice sounds absolutely monstrous at times. There is quite a lot of sincerely ominous narration that compliments several pieces nearly perfectly; the third song, "Ghost Town," is a dire, grisly story about a young soldier, modern-day, and his platoon facing imminent disaster and death at the hands of the Taliban.
It's very easy to go wrong with material like this, but the lyrics pay a chilling and proper homage to the men and women who have given their lives in military service.

One drastic departure from the death and depravity of the music is "Liquid Oracle," an instrumental composition that shows the band's propensity for experimentation. The listener is engaged by well-crafted and precise atmospherics, feeling at one with the oracle of which Ponderous Chain speaks.

However, there is quite a lot of the practical to be found in this group's pacing and sense of ambiance, and we are re-introduced to the intricate ground-and-pound style of the songs previous in the form of "Cones Of Probability," an exercise in meticulous musical control and the perfect soundtrack to a beating.

Upon reaching the latter half of the album, one hears blasts of percussion and an opening of the floodgates as the overall sound begins to unfold. The viciousness and beauty of each piece of work begins to converge and inspire chaotic new forms. Through songs like "Pitiful Human" and the album's title track and closer, "Shackled," a combination of the sung-spoken vocals, screams and melodious singing provides a unitive theme
for the entire work.

This is an ambitious debut for Ponderous Chain, and one wishes to hear more from them but is not left with a sense of needing more OUT of them. They deliver concise, concussive technical death metal to satisfy the hardest of fans while simultaneously crafting sonic collage that assuages the ears.