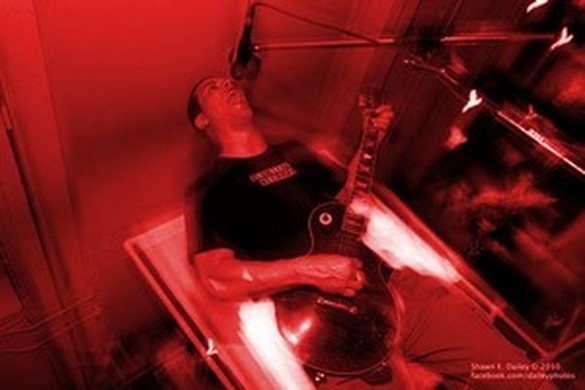 We Are All Doomed: The Zodiac Killer
Richard Jaspering for Metal Master kingdom
04 January, 2013

This record is a concept work from the inside out as Otto Kinzel takes on the form of the Zodiac Killer and portrays the case as a noise rock opera. Noise, no wave and melodic metal fuse together for an unlikely and formidable sound. The research that went in to this work was extensive, depicting the murders and principal players with accuracy.

There are dramatic and compelling instrumental pieces that draw one in to pivotal moments of the murders, and a great deal of care was taken with the sonic collages in these songs. The only drawback I can discern from the sound itself is that the tones to the keyboards are sometimes a little warm and soft, but that could be an attempt on the part of the artist to draw one in with comforting tones, only to shortly thereafter pull you in to the abstract and violent realm of the Zodiac. There are "skits", for lack of a better term, throughout the album, and in these interludes (such as letters from the Zodiac Killer to the San Francisco Chronicle, or of reported conversation between the killer and his prey) there is a sense of the lovingly devoted amateur, of the autodidact whose passion for film noir and seedy B-grade movies shows most prominently. The part of the Zodiac is played coolly, his ruses to ensnare victims an acting role within a role.

The music throughout "We Are All Doomed" isn't atonal to a fault, per se, but there is a certain inaccesibility to its sound that is intriguing and unpredictable. Both murder aficionados and fans of bands as diverse as Macabre, Dillinger Escape Plan and Mr. Bungle should be quite pleased with Otto Kinzel's record.