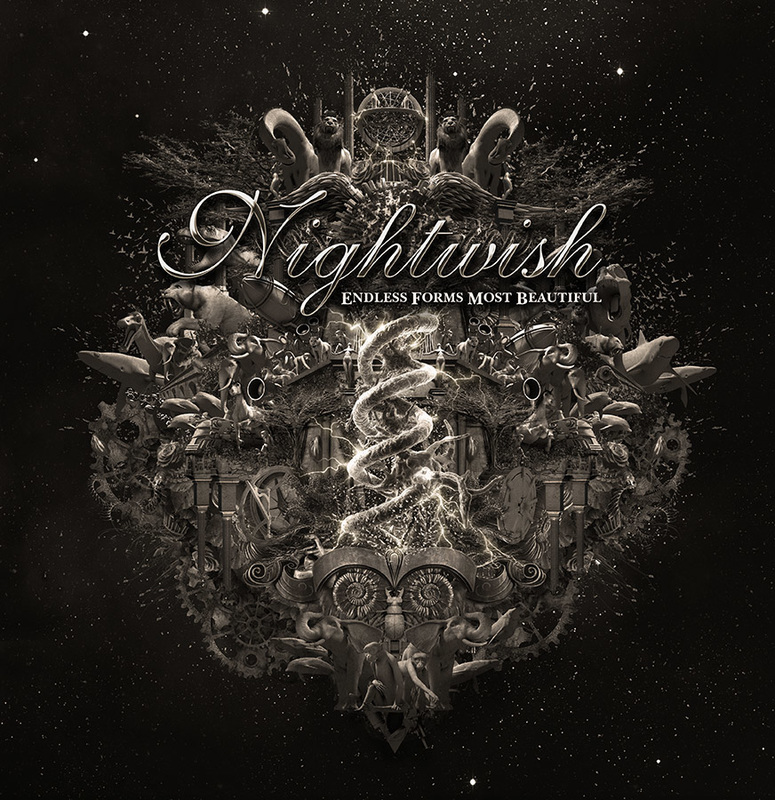 The long-awaited Nightwish album, featuring new Dutch songstress Floor Jansen was finally released this year. Nightwish fans from the Tarja Turunen era and the Anette Olzon era alike dreamed of what this new coalition would sound like. Would the tracks revert to the operatic styles of Tarja or would they maintain the folkish and contemporary styles of Anette? And behind all this, would the musical elements that make Nightwish what they are change completely?

All these questions were answered upon the first track of the newly released Endless Forms Most Beautiful, entitled “Shudder Before the Beautiful.”  With the great melodic and symphonic elements that fans adore, “Shudder Before the Beautiful” opens up the album well, meeting all expectations, yet keeping to a very safe and likable structure.  Floor Jansen’s voice makes for a lovely addition to the heavier riffs and softer melodies. However, you can instantly tell where the album is going. They’re playing it safe.  With tracks like “Elan” and “Endless Forms Most Beautiful” you can see that Nightwish has stuck to what they know, not reverting to the older operatic style and not inventing a new sound. Essentially, my impression was that the band created songs tailored for Anette’s voice, and not Floor’s.

Floor Jansen has an undoubtedly powerful voice. From her old project After Forever, to her side project ReVamp, you can tell that she likes to go loud and hard by expressing herself to her maximum vocal potential, but by putting her vocals in songs that seem to be made for a different style, Floor’s voice seems to be held back. This was the biggest disappointment to me in this album. I expected the crazy symphonic arrangements of Nightwish to be complemented by Floor’s amazing vocals and not have her vocals held back to create an emphasis on these same arrangements.

Not to say that the album is a bad listen. Quite the contrary, the more you listen to Endless Forms Most Beautiful, the more you will fall in love with tunes like the very catchy “My Walden” and “Edema Ruh.”  Endless Forms Most Beautiful takes you on a ride with ups and downs, slow ballads and heavy head-banging songs.  To be fair, Floor Jansen does get to go hard and heavy in “Yours is an Empty Hope” where her harsh vocals are almost guttural-esque.

Sadly for all you Tarja era fans, there is not a single tune where Floor sings in her well known operatic style unless you count a few harmonies here and there, but lucky for all you Anette era fans, there are still plenty of folk elements added into the tunes as Troy Donockley does his part to add some flair to the songs. Don’t forget to check out Nightwish’s tour dates so you can witness the top tracks off Endless Forms Most Beautiful for yourself!
Metal Master Kingdom's Album/Song review & Photo Request submission form here. ​​