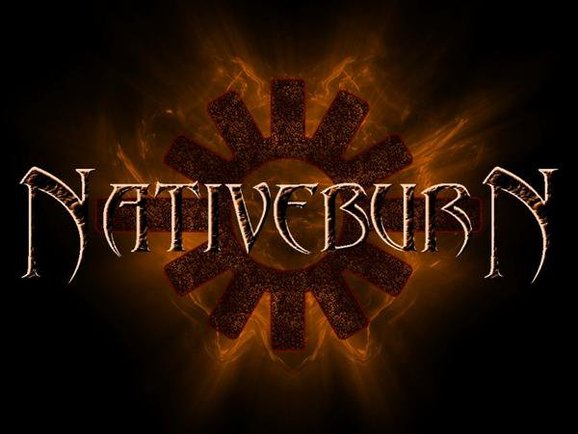 The Fresno CA band Nativeburn was started in 2007, and has played up and down the west coast and are currently planning our North American Tour next year.  They are an independent metal band sponsored by Oceja Designs, and formerly sponsored by Central Valley Pet Supply and D4D Music.  They released a self-titled CD, “State of the Union” available on iTunes, CDBaby, Amazon and other online distributors. Some of the crazy adventures for this band include opening for several big head liners, including Warbringer & Motograter. They also have a newer song titled “Mine” where Independent Film Director Big Laz with A Dropped Head Productions just released their music video! Another song, titled “Nitrous”, was considered for the movie soundtrack “The Punisher” and was also the theme song to the Travaglin Nascar Racing team. Nativeburn has also been mentioned in 2 books; Ana Pennino’s “The Covenant and Blue Flame” and Claude Angell’s “Beastro, Heaven & Hell, Inside the Metal Kitchen.”

These accomplishments aside, the band has had a fulfilling past and a promising future, having reached thousands of online fans and many more at concerts. This band has an edge to their music that fans keep coming back for. In an age of music when genres are being sliced and cross-bred, Nativeburn sticks with the tried and true sounds of the music we all love. The sound is something you can hear even on radio stations such as 101.9 Fox FM (Myrtle Beach, South Carolina). Needless to say, these guys have put in the time and will continue to bring good music and energy to the underground Metal scene. To find out more about this great band and they're future plans check out the links below!