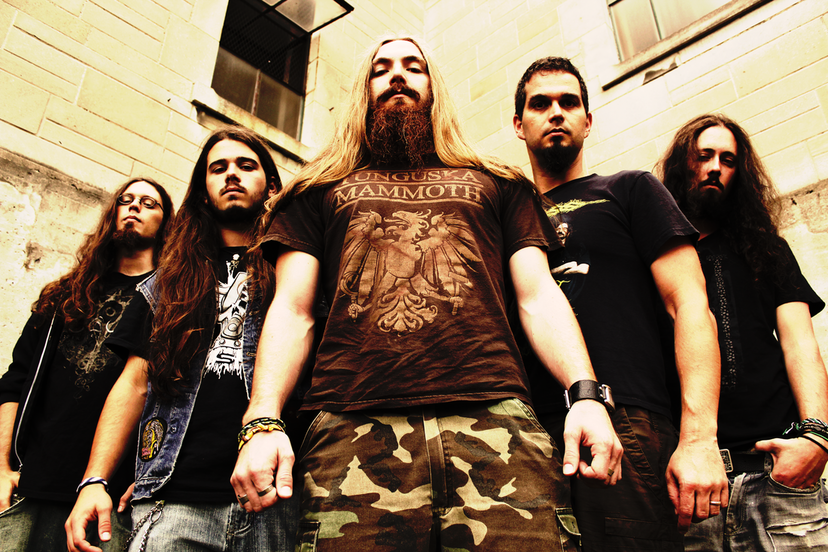 FREE download of Under the Flag available here:
http://mortor.bandcamp.com/track/under-the-flag


Mortor was created by the lead guitarist David Paquette who moved from Montreal to Ottawa as a solo artist.
Through their sound and songwriting back in 2008 the goal of Mortor was to release their metal anarchy upon the world.
The band members of Mortor set their plan in action by thrashing through the local scene and coming out of the studio with their first album titled Metal Ride. They introduced the tracks from that album to metal fans at Rockfest 2010.
Following this tremenedous take off , the band lost two members in the interim. More recently with the additon of new members, Mortor continued their metal quest with vigour and strength which can be heard on the soon to be released album, Shoot 'Em Up.

This album contains savagely driven bass lines and drum beats accompanied by hugely effective guitars, with death metal throaty growls from the vocals.
Depending on the song you listen to you can hear more elements of thrash or death, but they have managed to combine the two seamlessly on the album.
I foresee this album becoming a fave among metalheads worldwide, and I am proud to say that they come from my home country of Canada.
Mortor has the energy, and rage of many of the spotlight bands from places like Sweden, Germany, South America, and the United States. When the world of metal does discover this band there will no turning back for them, they will continue to propel forward as long as they keep putting out these pounding headbanging tunes on future albums and at live shows.
Mortor has released the song “Under The Flag” from the album as a free download via this link:
http://mortor.bandcamp.com/track/under-the-flag
Pre orders of the album can be made at the same link above.
Shoot 'Em Up will be available for purchase as of September 18, 2012.