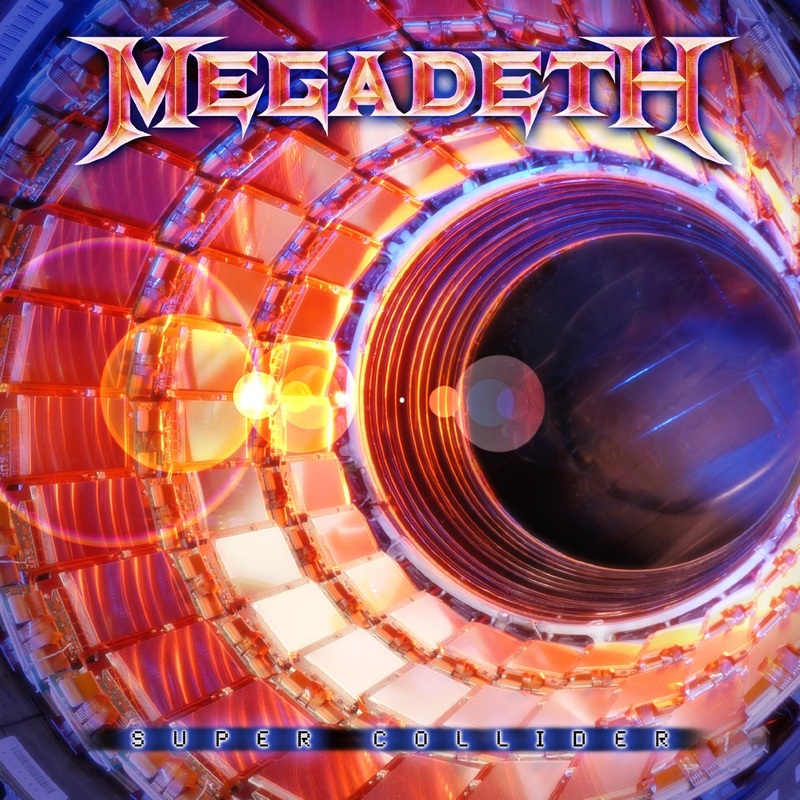 If there is something that Megadeth is known for, it's their consistency and creativity. After some brutal thrash assaults on their recent releases like United Abominations and Endgame, the past two releases have seen Megadeth incorporating simplicity and melodicism from Countdown To Extinction, while still maintaining the technicality and speed of Peace Sells and Rust In Peace. With Megadeth releasing their 14th studio album, Super Coollider, we find Mustaine abandoning the political lyrics in which the metal world has come to expect from him, and he delves into more personal themes.

The album opens with the song, "Kingmaker", which some consider to be "Children Of The Grave: Part 2" due to Mustaine's vocal melodies sounding similar to Ozzy on Children Of The Grave, but vocally, Mustaine sounds angry as hell; spewing about painkiller dependency and abuse, which is basically right where we want him as fans vocally.

After Kingmaker comes the dreaded track "Super Collider". The title track has received quite a bit of harsh criticism from fans, myself included. The song being just a bland meshing of simple bar chords with no riffs, and non-catchy vocals. Things get better with the track, "Built For War" which contains one of the most potent grooves Megadeth ever wrote. David Ellefson does his usual solid job on the album, and raised the punch of his bass up a notch when compared to the "TH1RT3EN" album. The opening bass line on, "Off The Edge" reminds me of the Countdown To Extinction" title track.

Megadeth are obviously no strangers to collaboration as well. The album features David Draiman of Disturbed contributing guest vocals on the song "Dance In The Rain", as well as providing a contribution to the lyrics on "Dance In The Rain" and "Forget To Remember"."Dance In The Rain" is one of the strongest songs on the record where the song begins with a simple rhythm, and slowly progresses into more complex territory around the start of the solo, until spontaneously, the song takes the sharp turn into thrash territory with a riff that is reminiscent of the song "Killing Is My Business" era, ultimately continuing to the end of the song. The thrash section of the song also features Shawn Drover's best drumming on the album. This album is a testament to the fact that Shawn Drover is the best drummer for Megadeth, second after Nick Menza.

"The Blackest Crow" might be the most unexpected turn Megadeth has taken in their career, where it features a slide guitar and violin. While violins may be appropriately associated with folk metal, they definitely can work with other metal styles. Mustaine even went as far as attempting to get Willie Nelson to guest on the song at one point, but it turned out to be a no-show. "Don't Turn Your Back", was the band's first taste offering of the new album with a small snippet, which catapulted my excitement to a good level, with a chugging groove that pounds along with Shawn Drover's pounding double kick attack, and Mustaine's punishing vocals. The band closes the album with a cover of Thin Lizzy's "Cold Sweat". While it seems that nobody can touch Phil Lynott's vocals and John Sykes' riffs, Megadeth have created a better and heavier version of the track that should please die-hard Lizzy fans.

As it's been said countless times, the guitar tandem of Mustaine and Chris Broderick is a force to be reckoned with on tracks like, "Kingmaker", and, "Don't Turn Your Back", even though the one-two punch on the Endgame track "Dialectic Chaos" isn't featured on this album, the synergy continues to grow and become an improvement on each album.

I've always acknowledged Mustaine as the "king" of metal guitarists, as well as a brilliant lyricist, but it seems like his lyric phrasing has evolved away from the complexity and into a more stripped-down style. The lyrics on the track "Burn" are an example of this, where the lyrics are written in the style of an angst ridden teenager. The thrash sound might not be displayed as much as on early Megadeth releases or recent releases like Endgame and United Abominations, but there is still plenty of snarl on Super Collider that should please every die-hard Megadeth fan.

Highs: Kingmaker, Built For War, Dance In The Rain, Forget To Remember and the cover of Cold Sweat are all excellent standout tracks.

Lows: The title track and some of Mustaine's lyric phrasing

Bottom Line: Putting out quality releases for the past 30 years has always been Megadeth's business, and business is still good 30 years later.