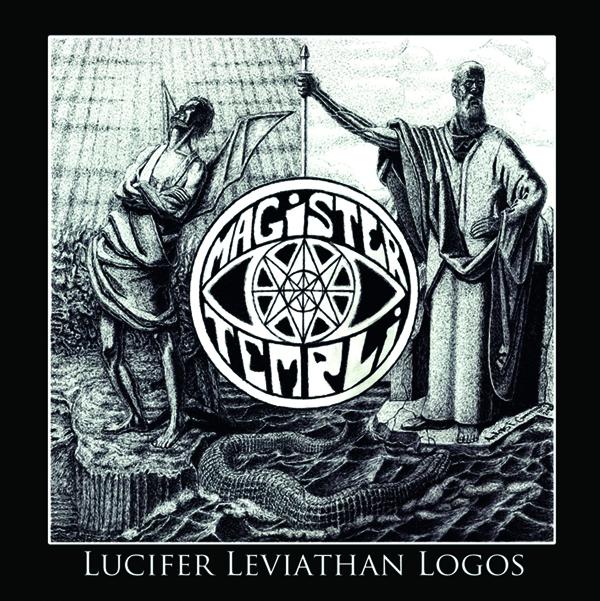 To finish off a good year of metal, I present to you (our amazing followers) doom metal legends, Magister Templi.  Hailing all the way from Oslo, Norway, this band has made quite a name for themselves, giving everyone a whole new meaning of what it’s like to experience the divine through their music and lyricism.

The album art itself speaks to me so well because of how well the band has mixed elements of the left-hand path and ancient occult-like paintings of figures. Incorporating some Thelema and Magick influences in their logo, there is no denial that this is a keeper of an album.

“Master of the Temple” starts off with decidedly traditional riffs, leading into a slightly dark and sinister atmosphere while Abraxas’ vocals speak of experiencing the void and feeling the wind of a thousand souls.

When “Lucifer” came on, a vivid memory came flooding back to me; when I bought my newer car earlier this year and plugged in a sample CD from MetalHammer Magazine’s issue entitled “Doom Or Be Doomed”, I realized that this song is always stuck in my head, and little did I know that I had the single already memorized

The last track, “VITRIOL” is a lot slower and softer, with the feeling of someone finally letting go of all the energy they’ve been withholding. A sense of exhaustion, the aftermath of a powerful ritual that had occurred the night before.

These guys remind me so much of Witchfinder General mashed up with Saturnalia Temple, giving you a mix of Old school and Occult. It’s a perfect match and it’s timeless. Each song feels like you’re reading verses straight out of the works of Eliphas Levi or a book you bought off of Ixaxaar.

Not only is this album splendid, but it’s also a breath of fresh air to find something new and done a little differently. They don’t try to rip off their influence bands, but are inspired in the right way to create and stem off what they enjoy.

Overall lyrics and vocals are subtle and clean, but booming, with intense drumming and guitar playing that doesn’t take away from Akoman’s bass strumming.