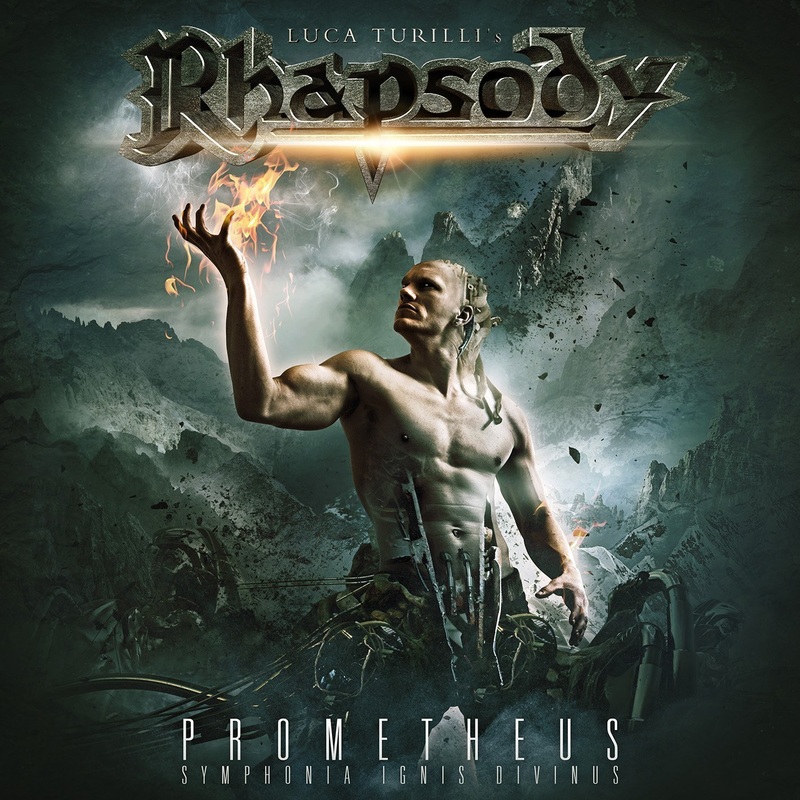 In the infamous Rhapsody/Luca Turilli split, many fans took sides. Either you were with Fabio Leone and Rhapsody of Fire or you followed Luca Turilli. Me? I love the original Rhapsody, I love Fabio Leone, and now I absolutely love Luca Turilli’s Rhapsody. I became completely enamored on a first listen of Luca Turilli’s Rhapsody’s new album, Prometheus, Symphonia Ignis Divinus. You can immediately see why it has been over 3 years since the last album was released, as this new masterwork is intricate and grand enough to be the symphonic soundtrack for a movie or huge production. Prometheus, Symphonia Ignis Divinus (2015) has everything to please symphonic and metal fans, from the traditional power-style vocals and heavy metal cries, a crazy solo here or there, choirs and operatic duos. The layered melodic arrangements and harmonies have the power of drawing the listener in, no matter which side side of Rhapsody you favour.

Opening slowly with some distortions and lovely vocal harmonies followed by electronic beats, the first track off the album,“Nova Genesis,” eases you into the the album.  Competing vocals sound like they’re battling it off in a classical structure. The sounds keeps on getting bigger and bigger as orchestrations are added and power is put behind the vocals. Listeners are then quelled by a superb piano intro in “Il Cigno Nero” followed by a sound us power metal fans know pretty well, some traditional guitar melodies turned epic with some operatic choirs. Vocalist Alessandro Conti makes a first official appearance as he sings clean and fast in Italian. Off the bat we get those power metal cries and symphonic arrangement's that make Rhapsody’s trademark sound.

In the first album single, “Rosenkreuz (The Rose and the Cross),” we find one of the catchiest songs off the album that defines everything that is amazing about Luca Turilli’s Rhapsody. Starting and ending in Gregorian chants, with power metal vocals, fast drums (tu-PA tu-PA tu-PA) and backing operatics, the ridiculously catchy chorus gives the song an essence of “you know this tune”, while keeping it completely new and fresh.  It’s as if Alessandro Conti’s voice was made for these songs. From a low baritone to high pitch-perfect power cries, whether Conti is singing in English or Italian (or gibberish) his vocals are exquisite. To say the least, the musicians Turilli has brought together are absolute top notch. Every note is played perfectly whether it be a symphonic union of melodies or a heavy metal wailing guitar riff.

Each song takes you on a new ride, from the soprano/baritone duet of “Notturna” which has the capability of taming even the most metallest of hearts with it’s beauty, to the Arabian influences in “King Solomon and the 72 Names of God” and the Nordic tale of “Yggdrasil.” A personal favourite is “One Ring To Rule Them All", where the intro Smeagol reference got my geeky heart pumping (We must have the precious).  I was pleased to hear a colourful song that makes you feel like you're journeying in Middle Earth. The chant of "Ash nazg durbatuluk, ash nazg gimbatul, Ash nazg thrakatuluk, agh burzum-ishi krimpatul" was simply the icing on the cake for this track. (For those none nerds, it's the "One ring to rule them all" bit from Lord Of The Rings, in the original Mordor language.  I know, I know.  Geek alert!).

My one complaint of the album is that it does not seem to have an overarching theme. Prometheus, Symphonia Ignis Divinus (2015) takes tales from all over the world and from any era of time and from any genre. This diversity also makes the album an epic ride not to be missed!
Metal Master Kingdom's Album/Song review & Photo Request submission form here. ​​