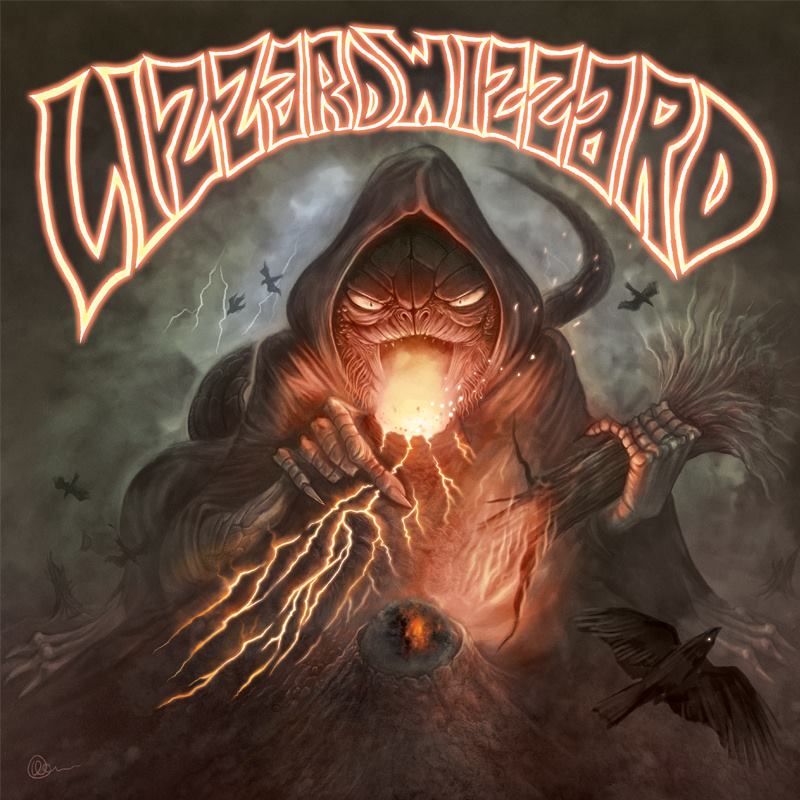 By my standards, Lizzard Wizzard is a new band as they’ve only been playing since early 2013. This four piece stoner band hails from the beautiful beaches of Brisbane, Australia.

The artwork looks almost like a power metal lizard consuming everything in it’s path. Credit shout out to Lain D, who does art for punks, metal, and pups. Even the name itself is both catchy and screams stoner.

The first track, “Twilight of the Terminator” starts off nice and easy, with heavy riffs and sludgy instrumentals. When the vocals come in, it’s feels like a black metal face ripping screech. Imagine EYEHATEGOD with a little more Darkthrone elements and you get these guys.

Overall a great seven track album,  A lot of laughs from their lyricism and song titles, themes, and pretty rad puns. Vocals are splendid and a lot of lovely elements are in view of their work.