Iced Earth are a band that have endured multiple line-up changes over the years, with guitarist, founder and all round riff master Jon Schaffer remaining as the only constant throughout the years.

Plagues of Babylon is their eleventh offering from the studio for the Tampa five-piece and it is an album that can stand proud in an impressive catalogue of work. There is an aggression that flows through the entire album, generated from heavy, mean guitar riffs coupled with graceful melodies. The rhythm section relentlessly back up every headbanging moment of the album with relentless fury but when the action slows in any song the drums and bass seem to get busier, never letting you rest for too long. All of this is topped off with an excellent vocal performance by Stu Block, equal parts passion and venom delivered brilliantly throughout the album. Having joined the band for the 2011 album Dystopia, Stu has definitely cemented his place within Iced Earth’s storied history with this performance.

I believe that Plagues of Babylon is one of the finest recordings Iced Earth has offered up in years. This is not to say that recent releases are bad, (I’m a huge fan of 2011’s Dystopia), but I think with the release of this album, they have found a perfect balance in many ways between the classic sound that an Iced Earth fan would hope to find in a new album, and the power and aggression that has been present in so many albums in the heavy metal fraternity in the past few years. In short, this is a fantastic heavy metal album, one that I’m sure seasoned Iced Earth fans and newcomers will enjoy in equal measure. 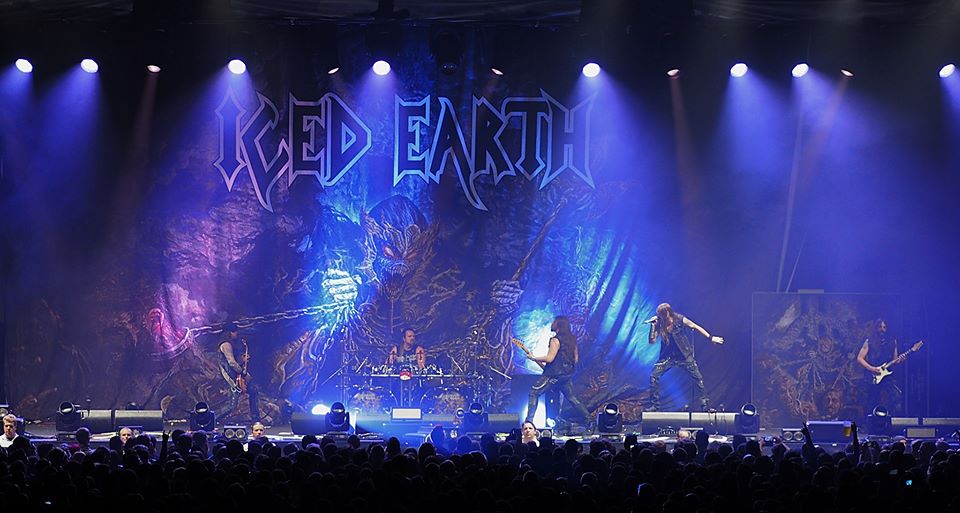