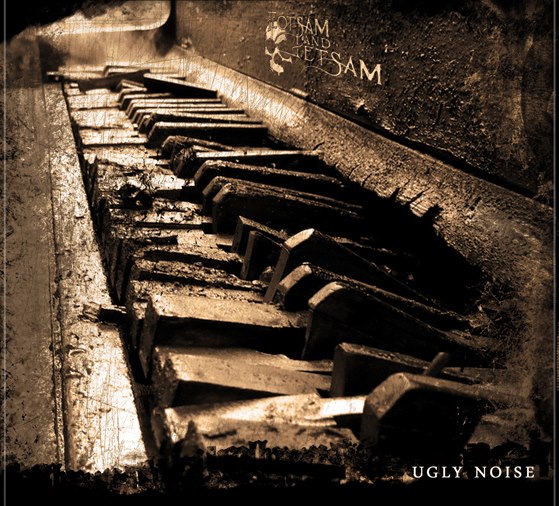 Flotsam and Jetsam are back with their eleventh full length album Ugly Noise due out on Metal Blade records April 16, 2013. With this album also brings back two of the original members Michael Gilbert on guitar and Kelly David Smith on drums who we last heard on their 1997 album, “High”.

Ugly Noise was a true joy to be able to review! I have probably listened to the album 100 times and still can’t get enough of it. It is one of those albums that I put in and turn up as loud as I could and just lose myself in what I was doing. The titled track Ugly Noise is the first track, and what a great track to start with. With an outstanding piano intro that is beautifully done, you can feel the emotions instantly. Lyric’s that you can’t help but sing to even long after the song is over.

To be free stands out with the catchy vocals and tight guitar work. Sounds more like Flotsam and Jetsam from the 90’s. The songs vary from one track to the next but the arrangement was done nicely. Rabbit’s foot slows the pace with a darker feel to it, I really enjoyed the lyrics and the guitar work.

While having an overall simplistic album, they pull it off very well. Now for a long time, Flotsam and Jetsam fans are probably going to be a little disappointed especially with the return of the Cuatro lineup, to some it may even be a step back, but I wouldn’t say that as I see a nice mix of what Flotsam and Jetsam was in the 90’s with a slightly new sound. When you do listen to it, don’t think you are going to have The Cold because that’s not the case at all!

This is not the thrash album that you may want to believe it is but a thrash/rock album that I feel they executed very nicely! Go into it with an open mind and I am pretty positive that you will fall in love with the album like I did.