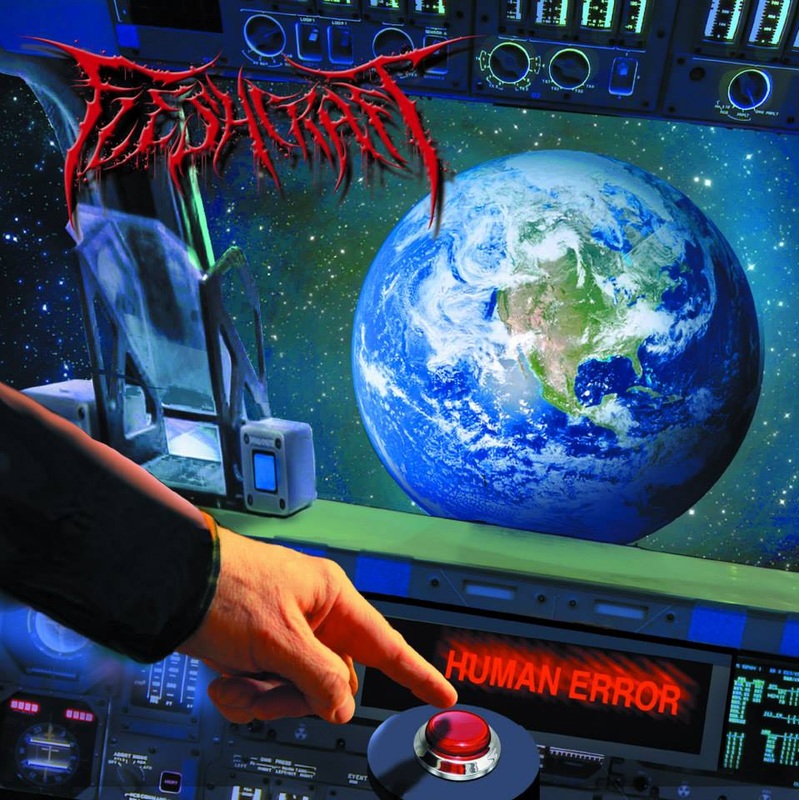 Canada is the furthest place that comes to mind when you think of North American breeding ground of the death metal movement, but Sudbury, Ontario's Fleshcraft storms like a mammoth.

Human Error is the first full-length album by Fleshcraft, but they are no strangers to the credo of the sub-genre, having performed with the overlords like Napalm Death, Cryptopsy, Infernal Majesty, Misery Index, Kataklysm and Exhumed. As expected of the genre, the album administers savagery with commanding riffs and powerful drumming.

The vocals are a qualified association of low growls and high screams. All the ingredients of the mix are present and the creative understructure lies in almost every track.

The tracks "Awaken Damnation" and "Decaying Fragments Of Existence" are fine examples of their craftsmanship and brutality. These two tracks speak of ordeal and affliction.

They are matchless in a blackened death metal style. However the most enchanting track is "Lost Within The Flames" which opens with an almost-clean arpeggiated intro before melodic death metal ferocity takes over like waves on a river. The song has a classical music influence of the old world.

The album delivers the metal of high intensity and creativity, and they have respected the traditions of death metal giving the listener a unique experience and a brutal ear-spank at the same time.

Let no one tell you that blackened death metal is out of business while Fleshcraft is on.
Metal Master Kingdom's Album/Song review & Photo Request submission form here. ​​