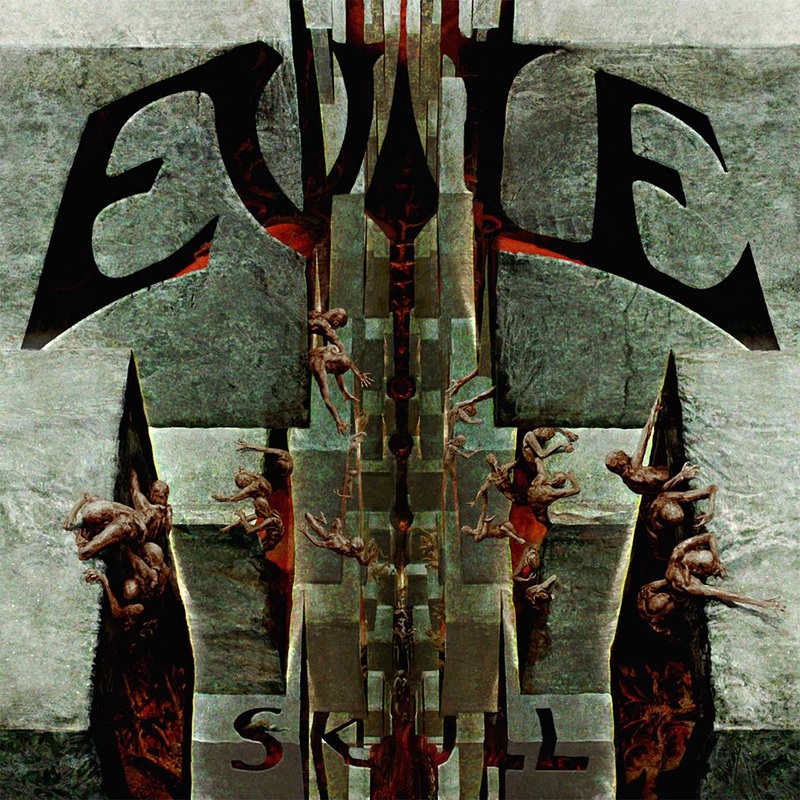 Today's new-wave-of-thrash scene is really growing strong with many great bands like Havok, Lazarus A.D, Warbringer, Diamond Plate, Skeletonwitch, Municipal Waste, Savage Messiah, Mutant and Toxic Holocaust just to name a few. The one band that have already earned their place at the forefront of the new thrash scene is none other than England's own Evile, who have been coined by many fans and press as the "new Metallica", with only 4 albums under their belt. There's nothing like a band born for greatness, as the band continues to grow and mature with every new studio release.

One thing that Evile managed to find and solidify right away since day 1 was a real identity, which is almost difficult or impossible to find in this day and age, as many bands have the competitive attitude of wanting to be faster and heavier than every other band, and just focusing on one-dimensional thrashing and lacking creativity. Evile is representing an entire new spectrum of creativity, strength, skill and determination. The band's brand new album, Skull is the culmination of the band's previous efforts, where they let all their capabilities and influences see the light of day

The first three tracks, "Underworld", "Skull", and, "Naked Sun", are a step back to the band's debut Enter The Grave, where a brutal assault of machine-gun riffs, earth-shattering drumming, and punishing vocals explodes out of every which way. Matt Drake gets to showcase the natural progression of his voice on this album, where he maintains his signature shouting, but also opened the door once again to his melodic voice that was showcased on the track "In Memoriam" on Five Serpents' Teeth, and showcases it on the track "Tomb", where the band also takes it down a notch musically and brings back the dark and progressive vibe from Infected Nations, but Matt also reveals his beastly side as he uses more aggression in certain areas of the album. While Matt found his singing identity, that's not going to stop the constant comparisons between him and James Hetfield from immature fans.

The nuclear storm of thrash returns in tracks like "Words Of The Dead" and "Outsider", then the band heads into groove territory on the closing tracks "What You've Become" and "New Truth, Old Lies". Another high point is Ol Drake's godlike soloing. The solos on this album may seem like his most technical solos yet. Drake continues to offer up solid thrash metal shred workouts as one of the most technically proficient and unique shredders of today's scene.

Everyone knows that production is just as important as the music when it comes to heavy metal. Russ Russell (who also worked on the band's previous two efforts) seems to be the right producer for Evile, where he kept the production at the right level of volume and sound quality, whereas Enter The Grave, produced by Flemming Rasmussen, fell victim of the loudness war due to the over-compression.

As we all know, every album has its flaws. In this case with Skull, it's the "Head Of The Demon" track. While it's not a terrible track, it lacks the catchiness in the music and vocals found in the other tracks, but the melodic solo saves it from the bin. While there is very little originality in style and identity with thrash metal today because it seems like everything has been tried, Evile are definitely the most unique thrash band out today because of their willingness to experiment, and that's a testament to their uniqueness. Evile have a bright future ahead of them, and the world eagerly awaits to see the band's next steps in their ascension to the plateau of kings.

Highs: Evile continues to mature on each album

Lows: Head Of The Demon

Bottom Line: Skull will become a landmark album for Evile, just like Enter The Grave.