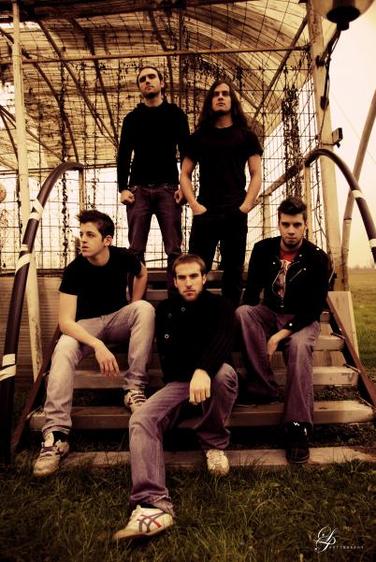 While it may not bring anything to the table that would revolutionize the genre, the new demo from Italian industrial metal band, Escape Through Decades, features two incredibly catchy high energy songs that are more than worth a listen.

Taking influence from non-industrial artists - such as In Flames and As I Lay Dying - Escape Through Decades has broken free of the all-too-common fault of many modern metal bands: constraining themselves to the rules of the genre rather than freely creating and seeing where it takes them. That’s not to say that they don’t share commonalities with other industrial artists. With a guitar style reminiscent of Fear Factory and the fearless use of electronica in the style of Rammstein and Pain, ETD inarguably a charter member of the industrial fraternity.

The first minute or so of the title track, L.O.V.E., consists of a soft and relaxing piano piece which is soon layered with ambient strings creating a smooth and almost haunting feel. Just as the opening reaches its crescendo and you feel yourself being pulled away into nirvana, you are punched unforgivingly in the chest with distorted power chords, a guttural metal yell and the same piano tune now played through a synthesizer.

This is not a song that is easy to listen to while sitting still. It brings about in me the urge to fly down a midnight highway on a motorcycle, or destroy a nightclub full of agents with the kung-fu powers I acquired after being freed from the matrix. I would, however, settle for a mosh pit should the band ever make its way to Toronto.

The second track, Fade, is a little more typical of an industrial song. It does, however, feature the support of a background choir in its chorus, much like Fear Factory’s Archetype or Raintime’s Matrioska, for which I have always had a soft spot.

All in all, Escape Through Decades’ self-titled demo is definitely worth a listen, even if just online. It gives a very clear impression of what the band is about: experimentation and hard tunes. I look forward to hearing what they produce next and encourage you to check them out at.