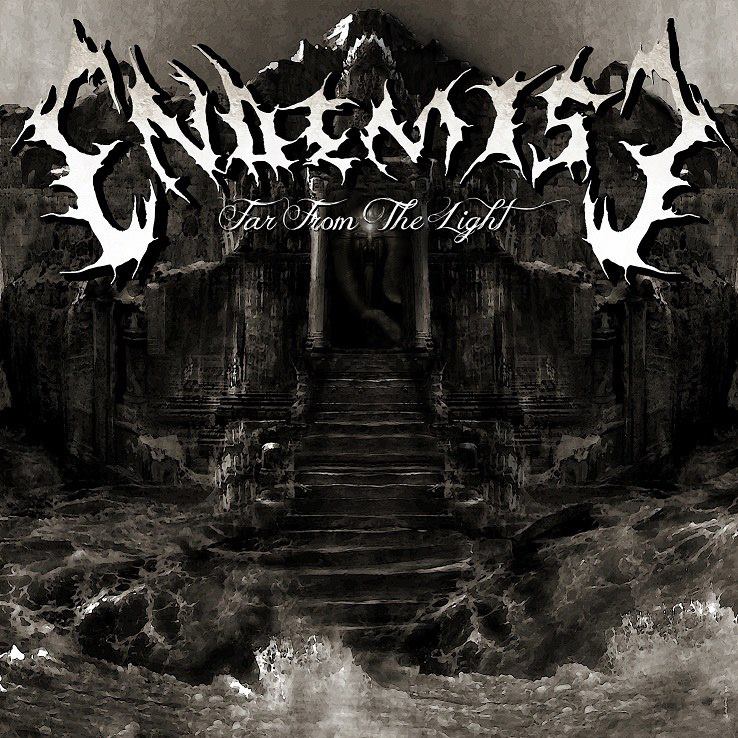 The strain of metal known as blackened death is quickly shunned by many simply for the sake of its utterly terrifying and frankly repulsive name. Endemise, while falling directly under said category, often entwine a sincerely beautiful undertone into the fray of their deeply hypnotizing and subliminally upbeat guitar melodies. To boot, their soft, lulling strikes on the piano astronomically add to the flavour of serenading horror.

Emerging from the introductory track “Haunting” are fitting wolf howls amidst a creeping darkness. Skies turn blackened-gray quickly as heinous chants and a melody forged of outright darkness envelops your ears. Once tying into the track “Lycaon”, you get a true taste of the ‘beyond evil’ sound Endemise has grown to master so well. One of the most memorable segments of this entire album is the unravelling churns of consistently convulsing growls used at the end of this song.

Highly recommended by myself is the track “Entranced By Twisting Skies”. My interest for Endemise peaked when I was first honored with hearing the minute long outro riff as it left me with my jaw weighted to the ground, endlessly seeping drool and mentally reliving the moment over and over again. The menacing and must-slowly-headbang-to vocals thrown overtop are absolutely breath taking, at the very least.

Tempos tend to shoot up and down, more than one might expect after hearing the fast-paced first few songs. Not taking anything away from the devilishly evil blackened death near-ballads - but I feel Endemise is in their prime during their almost Behemoth-esque blastbeating drum and whirling guitar passages. Before the albums relentless yet leisurely finale, there is a seemingly misplaced instrumental, that did next to nothing but let me reminisce greatly of Borknagar.

Slipping into the vein of legendary bands like the aforementioned Behemoth, Abigail Williams and The Black Dahlia Murder, Endemise draws small incentives from all death sub-genres whilst incorporating their own truly unique, thrilling and downright epic revelations. As one of the most fitting album titles I can recall, Far From the Light truly is that and more.