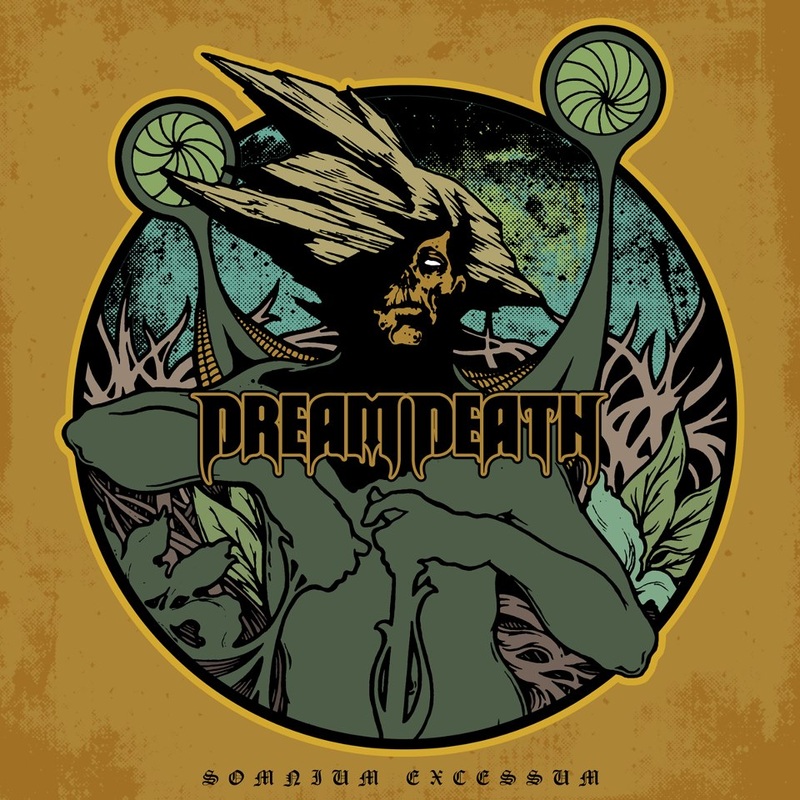 Dream Death is a phenomenal band with a doomy/death metal feel to all the works they have. They first started doing gigs with one another back in ’85, but quickly drifted apart in ’87 due to their bassist leaving to join the well known metal band Eviction.

When 2011 rolled around, the boys decided to form as a band once again and blow the minds of all their audiences with renewed material while still maintaining that traditional doom atmosphere.

The front cover of Somnium Excessum dawns a corpse-like figure. It’s complex to describe and makes you wonder if the figure is ripping things apart, or growing with nature and it’s surroundings. The background looks galactic and space oriented, giving the listener a sense of confusion, intrigue and fascination. The line work is well done and bold, while still maintaining an eye catching cover.

Their newest album was released in mid May of this year, with the beautiful title, Somnium Excessum. With only six tracks, the whole band keeps a majestic sound throughout the album, whilst managing to make this doomy masterpiece last a total of just over an hour and twenty minutes.

“Feast” begins heavy with clear vocals. Almost like Venom, Brian’s vocals have that old school metal sound, although he has heavier undertones similar to Midnight. The instrumentals make you think of Pallbearer.

Slowly, their first track leads into the simply titled second song, “Them”. It takes about a full minute for an eerie vibe, creepy and slow guitar work, and skinE crawling story telling to set in. It doesn’t take long before Mike (guitarist), and Terry (drummer) escalate into a heavy and fast paced melody.

Through the entire duration of this album, you feel stuck between the 80’s and the present. It’s a very exhilarating feeling, and even if you weren’t born or grew up in that era, you feel connected in so many ways.