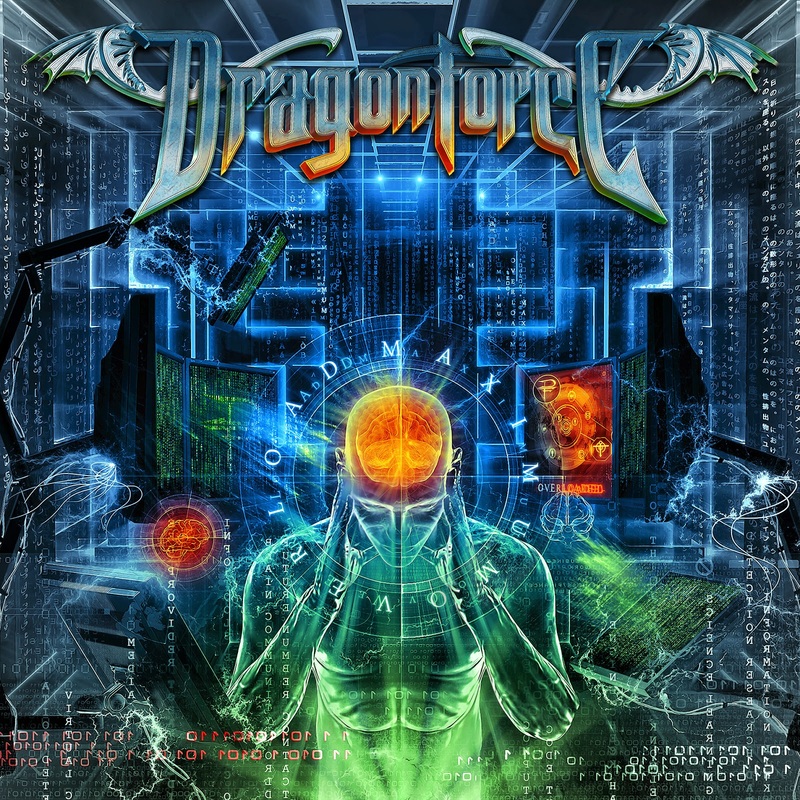 If it wasn't for Guitar Hero 3, I never would have gotten into DragonForce. I've always had an admiration for the band's crazed talent at high-speed solos, but it's also their slower compositions like "Seasons", "Cry Thunder", "A Flame For Freedom" and "Trail Of Broken Hearts" where DragonForce really showcase their songwriting prowess. For the band's new studio effort Maximum Overload, the band incorporate more thrashier elements and invited friend and fellow metal titan Matt Heafy of Trivium to sing backing vocals on a few tracks, and it's an idea that worked very well.

"The Game" comes charging out of the gate with ridiculous speed, and sets the bar high for the album. One flaw I found on the band's Power Within album was that Dave Mackintosh's snare drum sounded too clicky, so the band improved that flaw on this album and the snare drum more pronouced this time. "No More" is one of the three tracks that features Matt Heafy on backing vocals along with "The Game" and "Defenders". The undertone coming through from Matt's voice give a slightly dark texture to the vocals.

One of the album's standout tracks is "Three Hammers", and I'm sure I'm not the only one that thinks this, but it definitely reminds me of "Cry Thunder" because it feels just as epic with Marc Hudson's soaring vocals, then the track takes a left turn when it turns thrashy in the middle with a chaotic guitar solo duel from Herman Li and Sam Totman, followed by the ghostly choir chants which gives it a haunting vibe. The slower moments give lots of room for the vocals to breathe, which will make the song work perfectly in a festival environment. Another difference that fans will instantly notice about the track, and in a few other areas of the album, is the lower tuning in the guitars, mainly due to the use of 7-string guitars.

"Symphony Of The Night" is the track I describe as the summary track, because this track musically summarizes the whole album, and encapsulates everything that the band can do, much like the past tracks "The Last Journey Home" and "Last Man Stands". I also love how DragonForce have focused on writing shorter songs. The longest song on this album is "The Sun Is Dead" and clocks in at 6:24. The remainder of the album remains in thrashy territory, but the chorus in "City Of Gold" is one of my favourite choruses on the album along with "No More", "The Game", "Three Hammers" and the bonus tracks "Power & Glory" and "You're Not Alone".

I think the only downside about the album is the amount of shredding solos is a little overboard, which takes away some of the magic of the album. Melodic soloing seems to be an area where Herman Li and Sam Totman really shine aside from shredding. If there were a few more melodic solos and slower songs included on the album, it would be perfect. This album definitely doesn't top Power Within, but it's full of what DragonForce fans have come to love: rampaging solos and riffs, glorious choruses and a multitude of catchiness. I give this album a solid 8 out of 10.

Highs: The Game, No More, Three Hammers, Symphony Of The Night

Lows: Could have used a bit more slower compositions and melodic soloing. It feels like I'm listening to Inhuman Rampage all over again

Overall: Maximum Overload is another solid effort, but doesn't quite live up to the majesty of Power Within.