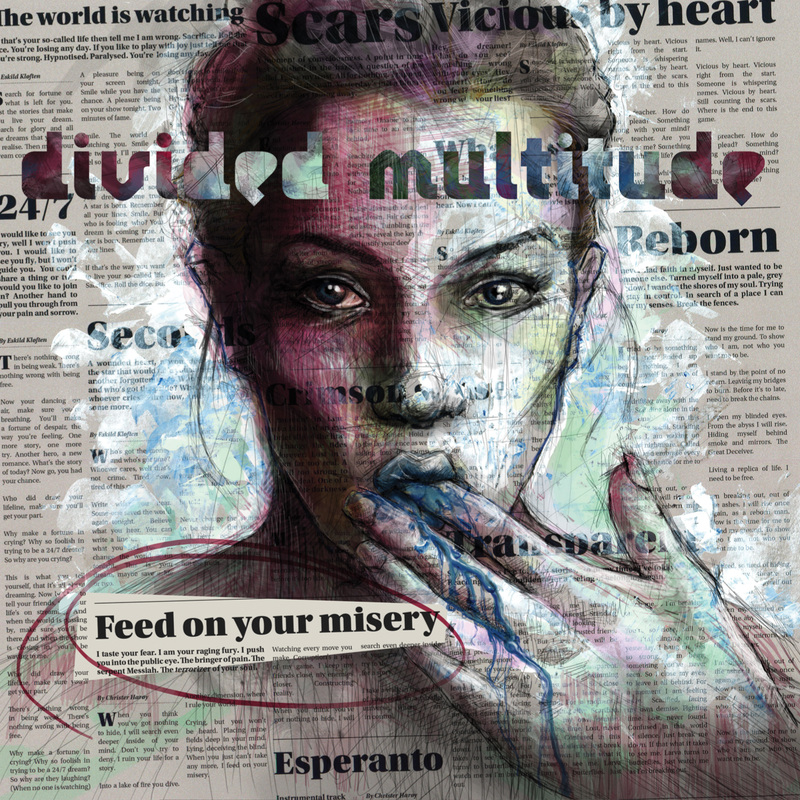 Progressive metal seems to blend in so well with the other metal subgenres; Progressive thrash, death, black, power, and list goes on. One band managed to take the sound of progressive power metal to greater heights, and that is Divided Multitude from Norway. Now when you think of Norway's metal scene, you generally think of black metal, it's almost stereotypical, but if you dig deeper, the palette is so much bigger.

With progressive metal, people would generally expect complex songwriting, but Divided Multitude shows that it's not always about complexity and technicality, but letting the music breathe. The band's new album, Feed On Your Misery, is a strong contender for being the quintessential progressive power metal album ever recorded. If you're looking for an album with soaring melodies, heavy riffs, and over 5-minute epics, then look no further.

The album opens with, "Esperanto", which takes an interesting turn in the metal world, where a Spanish influence has the opportunity to shine in order to keep innovation and experimentation relevant to the metal world. The title track opens with a thrashy riff before going into headbanging mania with a chugging pace and a soaring melodic chorus. Vocalist Sindre Antonsen adds a well balanced mix of melodic and hard-edged vocals, and the album's official single "Scars" is just one of the tracks that displays just that. Keyboardist Eskild Kloften may be one of the most technically proficient musicians in the metal scene as he showcases his skills with laser-finger solos while trading off with solos by guitarist Christer Haroy.

Overall, the album is a big hit, but the only flaw would be that there is more slow moments than upbeat moments, and some song structures are the same where almost all the choruses are soaring, instead of including a few catchy choruses. If there was a bit more balance between slow and upbeat musical moments and catchy choruses, this album would be a massive hit. The brightest soaring chorus track however is, "Crimson Sunset". The album contains passion, energy and great musicianship, which should live up to the satisfaction of every metal fan. It's unfair that Divided Multitude seems overlooked, but I think this will sum it up: If you're a fan of Dream Theatre and In Flames, then you should definitely check out Divided Multitude. Start with Feed On Your Misery, then hop in the time machine and discover the other gems.

Lows: There may be a little too many slow moments. Could have definitely used a few more upbeat moments.