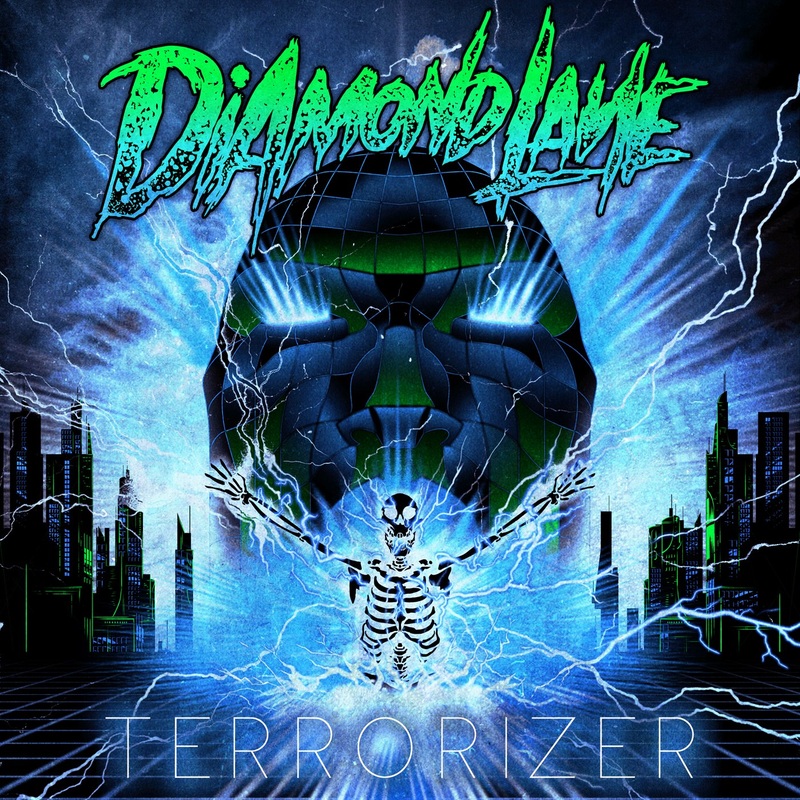 Just when you thought that metal bands are putting out albums that are too technical with no substance in their music or your eardrums are getting sick off all that djent, Hollywood, California’s Diamond Lane comes to the rescue with their refreshing sound of modern heavy metal with the release of their brand new album Terrorizer.

I was given a copy of Terrorizer after I watched Diamond Lane’s captivating perform a show at the House of Blues in Anaheim, CA about a month ago. This was my first time checking out the band and like with most shows I have attended I am often given demos and CD’s which I am quick to toss in the back of my car and probably not listen to them for months later. Unlike those previous times, I felt like this CD was burning a hole in my hands begging me “Play me now!”. So as soon as I got into my car that was exactly what I did.

I’m not sure whether it was the great musicianship, the lyrical content, the track arrangement, or the crisp clean recording sound, but I was hooked and probably listened to the CD on repeat a good 20 times throughout the week with “Slow Destruction” getting the most replay because of a catchy guitar riff along with powerful vocals and lyrics.

So if you are looking for something new and fresh, I highly recommend that everyone check out Diamond Lane’s Terrorizer album. Heavy metal that is very catchy but without any complications or any gimmicks. It is a solid piece of work and is definitely a must have in anyone’s album collection.