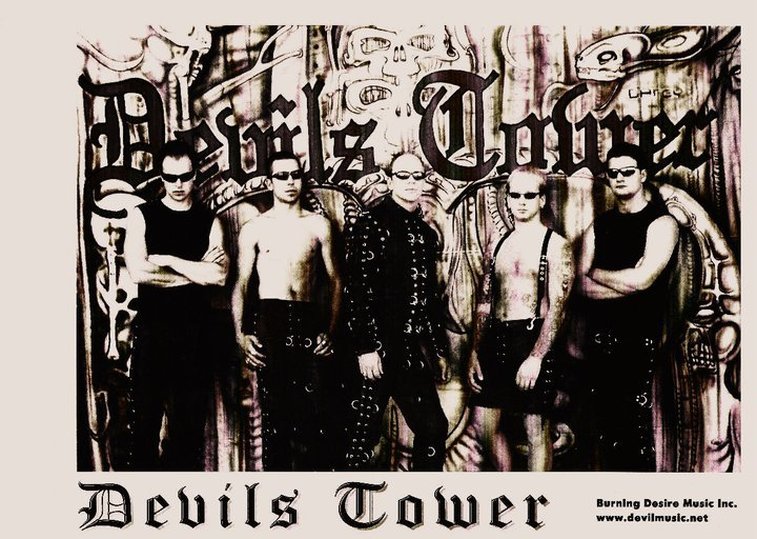 Launching an aggressive “assault on the senses” while maintaining a noticeably traditional sound, Devils Tower unleashes a set of tracks that can easily be described as pure heavy metal.

When it comes to 21st century metal, many bands show some traditional influence while also incorporating elements of Pantera, At the Gates, In Flames and Amon Amarth among others. Devils Tower noticeably lack the modern style in favor of an authentically 80s sound. The vocals, while ranging from high pitched wails to low growls, are more subdued than the gravel-throated vocals that are very common today. At times, the higher vocals are reminiscent of Udo Dirkschneider, an influence I was glad to hear in this band, while many of the lower notes resemble the approach of many New Wave of British Heavy Metal bands. The musicianship shows a strong NWOBHM style while incorporating some chugging, thrashy riffs resembling that of Metallica’s mid-80s material.

The band shows their traditional influence even further through their imagery, which incorporates a medieval theme and mixes it with the leather and spikes biker imagery. There is an interesting album cover displayed on their Reverb Nation page which features an illustration of an angel and a cloaked demon at the top of a mountain, reminiscent of the fantasy-based illustrations that Angel With, Black Sabbath and other bands from that era often used. The band’s logo is also written in a gothic font, similar to Judas Priest’s original logo which is a unique look and fits the tone of the music. The band members maintain a traditional metal image with the black-leather and spikes look.

While Devils Tower lacks pretension, they show great musical talent and strong knowledge of true Heavy Metal through their musicianship and range. Rather than trying to reinvent the genre in unsatisfying ways, Devils Tower digs deep into the roots of Heavy Metal and brings forward the best qualities of it. Their songs display head-banging intensity through a mix of speed, raw heaviness and anthemic qualities, all of which make their songs unique and stand high above many other recent metal bands I have listened to.

The songs available on Reverb Nation are listed as follows.

Devils Tower has had much success recently in Canada. According to their Reverb Nation page, Devils Tower “placed 1st in Vancouver's Battle of the Bands - draping their shadow over 68 other groups. One of their most notable successes followed with a 2nd place finish out of 650 bands which competed from across BC & Alberta. Devils Towers placement proved how transcendent their music was, being the only metal band to place in a decade.” This high level of success shows that many listeners still crave a traditional sound and are glad to hear a modern band playing this type of metal. While I am open to a variety of styles in a genre as diverse as Heavy Metal, it was refreshing to hear a modern band with such a strong 80s influence, especially since many of my favorite bands played their best music during that time. If you prefer traditional sounding metal and want to hear a modern band that incorporates the best aspects of NWOBHM, 80s European Metal and American Thrash, then look no further than Devils Tower.