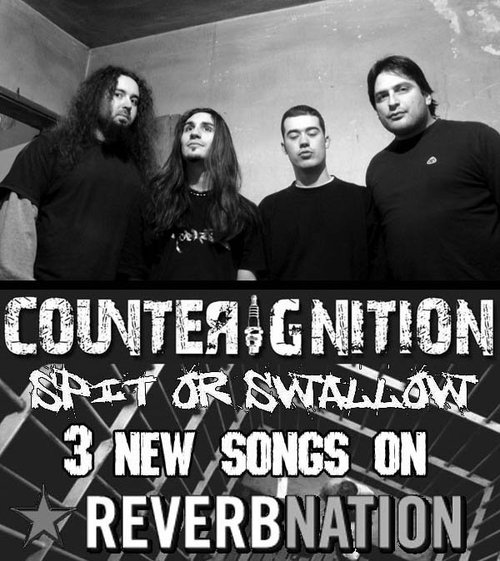 What can be said about CounterIgnition? Well first off, I can tell you that what you hear is the result of two well-known Serbian Metal bands that parted ways, but through these very circumstances were able to create something greater. In 2006 after the breakup of their original band Aleksandar Krchulj and Mladen Kosovac decided to start up something of their own creation. Marko Maric joined the group one year later, and CounterIgnition was formed.


Some of CounterIgnitions earliest origins can be traced back to their original bands StrikeBack and Ambush. Shortly after those groups disbanded surviving members joined forces. Their first combined effort was a demo released in 2008, which was well received throughout the world as well as their home country of Serbia. Having toured throughout Serbia, the band has established themselves as one of premier acts in the Serbian Metal Scene.

Wasting no time in sheer unstoppable aggression, “Life Sentenced” leads a powerful statement. Punishing guitar riffs,
Unrelenting drums and some beautiful bass fills. I like the way the song flows from one point to the next, going from speed thrash riffs to some nice melodic riffs, and solid groove. One of my favorites is the slow break at the end of the song, amazing breakdown, and a good progressive build. If there’s one thing that I would nit-pick on this song for is the vocals. Don’t get me wrong, they are good, however my opinion is that they sound a bit stressed at points. But I love the backup screams. They fill right in there and drown out with the right amount of time. I would love to hear this live. I’m sure their live shows KILL!!!

I encourage everyone to get to know CounterIgnition and their latest release “Spit or Swallow”. A Good mix of metalcore and thrash. If I could rate this tune, I would give it 3 horns out of 5!