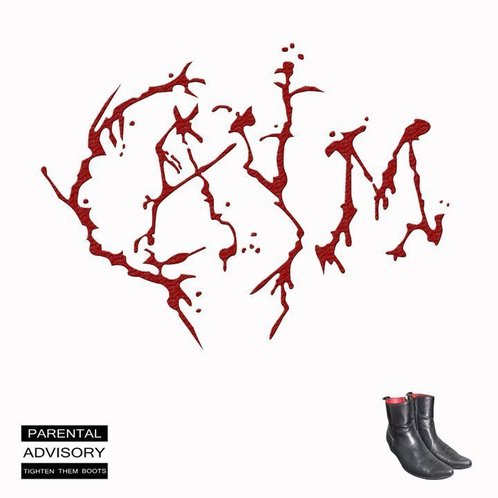 Hometown: Toronto and Mississauga, ON, Canada

Location of event: The Opera House - 735 Queen St. E, Toronto, ON, CA
Event date: Sept. 23rd, 2011
Bands in the showcase , (in order of appearance): Aetherborn, The Nightmares, Rise For Order, and CAYM

CAYM band song line up: Cocaine Whiskey - Jukai11 - What it's worth - We will Unite - Rocky Mountain Bear Fucker - In The Trench -
Life Sentence

Caym at the Core Toronto Showcase

The rain in Toronto on Friday did not dampen the spirits of the bands or the event organizers. My assistant, Kiefer, and I were given full backstage access before and during the event which allowed us great insight into the work that bands and everyone alike put into live gigs. As the bands were setting up equipment, the sound board crew were busy at their trade, the merch table ensured all the goodies were out for display and purchasing, the C.O.R.E. team was double and triple checking all details and that any and all concerns were being addressed, and that all present had everything they needed to complete their coverage of the show. Including the ladies who provided a visual distraction. You could feel the energy flow through The Opera House as the aniticpation of the door opening neared. A great night of tunes was just ahead, and we were ready for it!

I had the opportunity to sit with the band CAYM before the show started. I felt very welcomed by the CORE team and the band. An immediate sense of family came over us. These are people who truly care for each other, and their music. I encourage the reader to watch the live interview here on The Metal Review for the full monty with the dudes. I have to give kudos to Jay, Tyler, Pat, and Gord for making this interview a breeze. I felt like we were in a living room, not a green room, sitting around and shooting the shit. Very informal, but professional! Thank you dudes!

As for the stage show, I enjoyed the 3 other bands who performed before CAYM. The band Aetherborn were rockin' it into a bit of melodics thrown in with a kickass bass and drum line, while the chic vocalist sang her heart out! The next band, The Nightmares, have the punk thing going on. I actually was impressed with them. The singer had the vocal range of other vocalists like Geddy Lee. He could hit those high notes in an instant, WOW! The band, overall, were tight, fast, and played like they stepped out the late 70's or early 80's. The third band to perform was Rise For Order. The front man, Johnny, had the stage presence to captivate the dead. He commanded you to look at the stage with his powerful vocals, and muscles to make most dudes envious. This band incorporated a keyboard player to blend in with their rock and 80's style tunes. Self admittedly, they are not metal, but one can see they are true to their style, and do it well!! Last, and certainly not least, the band CAYM turned out to be the headline act for the evening. The crowd was definitely gearing up for CAYM, inching closer to the stage as the dudes were working on the equipment change. Then the lights dimmed, and the pre-amble before their entrance came thru the speakers. The drummer, Tyler, was the first to step on stage, and cued the others by holding his stick in the air to come out. This told us they were ready. Hell yeah, the band came on like a hard driven storm, with the promise of a great show. I think my fave and most crowd pleasing song was "We Stand United". Of course we do in the name of METAL! I believe the band really enjoyed playing for the crowd, and could not get enough audience feedback as Jay, the vocalist and one of the guitarists, encouraged us to sing with them. The entire band emanated exuberance that made the crowd want more. And of course, I can't forget to mention the moshpit. Yes, the moshpit that came perilously close to me, eeks! Danger, danger, flying body parts everywhere. I survived that too!

The event went off without a hitch or hiccup, and if there were any, we the audience were not aware of any. We had the pleasure of viewing and listening to the young musical talent of our great city Toronto. I encourage all who live in Toronto, and the surrounding area to get out to the local underground scene, and support our indie bands. We have the talent, the organizers, the fans, and the venues. We could potentially become the epicenter of METAL worldwide. But that depends on you, the METAL music fan and supporter.