"tHEY'RE cOMING tO tAKE mE aWAY"
SONG REVIEW
pUBLISHED: sEPTEMBER 15, 2014 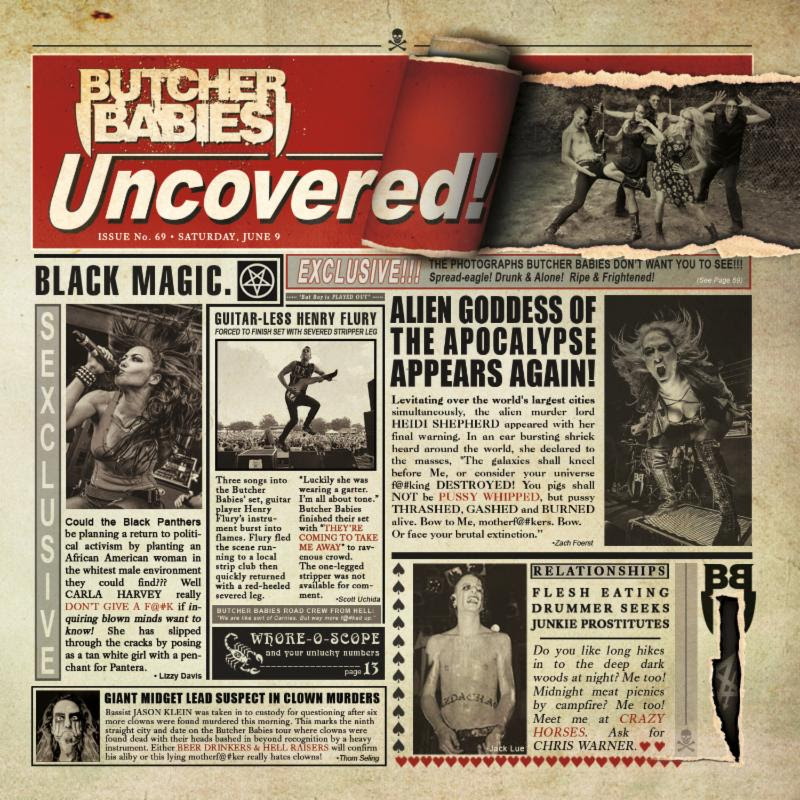 Uncovered track-listing
1. Beer Drinkers And Hell Raisers
2. They're Coming To Take Me Away
3. Don't Give A Fuck
4. Crazy Horses
5. Pussy Whipped

Pre-order Uncovered by visiting CM Distro for the CD:
www.cmdistro.com/Search/butcher_babies_uncovered 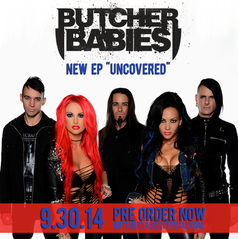 Century Media recording artists Butcher Babies are at it again. This time the LA five piece has decided to bring us something a little different: a sampling of songs from the past which they felt would be a highlight of their talents. The collective effort of this is a five song EP simply entitled “Uncovered”.

If you’re not familiar with who the Butcher Babies,do not be fooled by appearances. Lead singers Carla Harvey and Heidi Shepherd are a serious force to be reckoned with, drummer Chrissy Warner adds to the insanity with thunder-pounding beats while Henry Flury (Guitar) and Jason Klein (Bass) play some of the most mind-blowing riffs you’ve ever heard. This journalist first came across the breakout artist on the Mayhem festival tour in 2013 and has been a fan ever since.

Not long after embarking on major US tours with Black Label Society and Danzig, the group decided to go back into the studio to bring something new to old and new fans alike. Teaming up with Logan Mader (Devildriver, Gojira, & Five Finger Death Punch) they collectively took on the task of dissecting the past and putting the Butcher Babies spin on it.

By listening to the first release off “They’re Coming To Take Me Away” you can clearly hear where the song takes on a whole new life from the original Napoleon XIV track. The original was more of a wacky, zany take on a person losing their mind which at times was more of a tongue-in-cheek, funny song. Well, let’s just say that the new version is a darker, deeper take into the mind of a psychopath. If I had voices in my head, this is what they would sound like! I was really impressed with the creativeness of the group as a whole, taking many parts of the songs and digging deep into putting their own feel to it. I for one can’t wait to hear what the rest of the EP is going to sound like so I am eagerly anticipating for the September 30, 2014 release date. Hats off to the Butcher Babies for bringing something new to metal for all of us to enjoy!
Metal Master Kingdom's Album/Song review & Photo Request submission form here. ​​