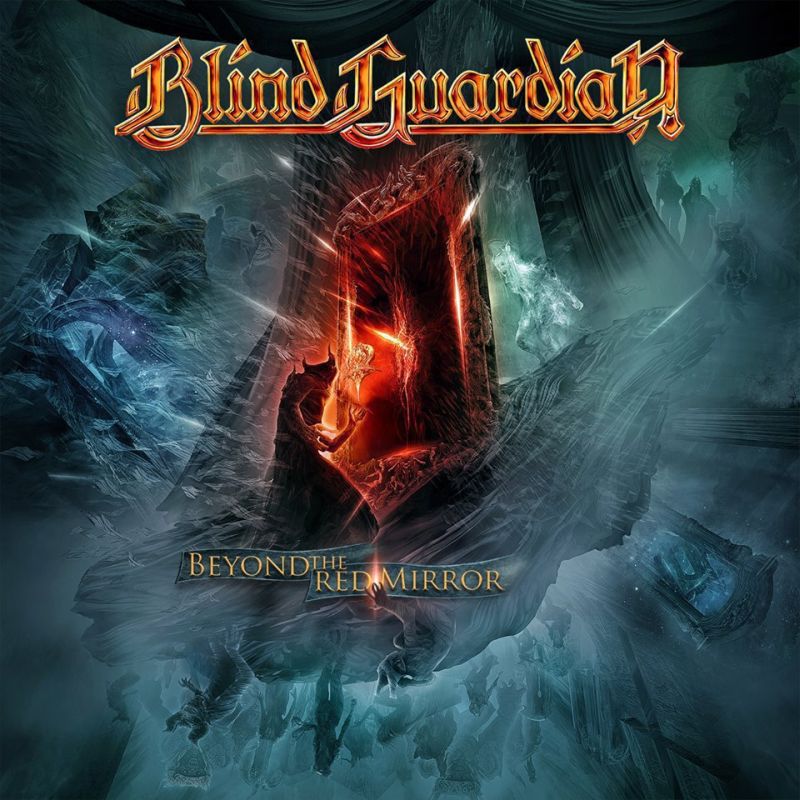 There's a plethora of power metal bands out there, but Blind Guardian is pretty much the definition of power metal in my opinion.   With the band's latest album Beyond The Red Mirror, I feel like I'm listening to the soundtrack of an epic movie.  With three choirs from Budapest, Prague and Boston, as well as two giant orchestras, both consisting of 90 members apiece, it's apparent that Blind Guardian are about to unleash their most ambitious effort to date, and also the sequel to Imaginations From The Other Side (1995).  While every musical element stands out, the vocals are what really stand out on this album.  Hansi Kursch keeps on proving why he's one of the best vocalists in the business, with his eclectic range and operatic ability shining brighter than ever.

"The Ninth Wave" opens the record, and this is probably the most dynamic track on the album.  The spine-chilling choir chants at the beginning and the end add both a light and dark atmosphere, and the electrifying chorus will be echoing in your ears for a long time.  "Twilight Of The Gods" is the perfect blend of speed and catchiness with aggressive tommy-gun riffs and Hansi's catchy vocal melodies.  The marching vibe of "At The Edge Of Time" is one of the elements that tells you that this song begs to be played live.  I get that feeling with any song with a marching vibe.  The best way to describe "The Holy Grail" would be a culmination of "Welcome To Dying" and "Valhalla" with the speed metal intensity transporting old-school fans back to the early days.  "Miracle Machine" is a beautiful vocal and piano piece, giving the listener a chance to recharge the batteries after the full-throttle metal assault from the previous tracks.  Intensity returns on "Grand Parade", with a full-on assault of guitar, bass, drums and orchestra closing the album.  Going back to the epic movie analogy, "Grand Parade" would be the perfect background music for that big climactic battle scene.  When an album is full of variety, it's great to open and close the album with tracks that encompass what the entire album holds.

Beyond The Red Mirror definitely feels more like an old-school Blind Guardian record, with plenty of the speed metal elements from Battalions Of Fear, Follow The Blind and Tales From The Twilight World present, but it still contains the modern elements the band have experimented with in more recent years, such as the orchestras.  I think any Blind Guardian fan will be pleased with Beyond The Red Mirror!

Highs:  Eclecticism always makes an album stand out.  Tracks that stand out include "The Ninth Wave", "Twilight Of The Gods", "At The Edge Of Time" and "The Holy Grail".