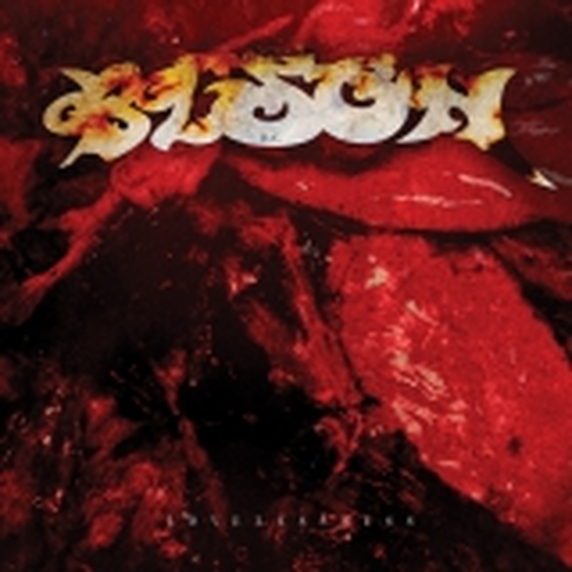 Thanks to Metal Blade Records for this interview opportunity and thanks to the members of the band for answering the following questions:

This is Dan And answering the questions. Thanks for caring enough about us to write to us in the first place!


You've had a relentless touring schedule. Has this pace affected the songwriting  process for the new album?

After 6 years of relentless touring and the loss of founding member Brad MacKinnon (drums), as a band we made a conscious decision to stay at home and focus solely on writing and arranging our new record. After Matt joined the band we did only a few shows and one tour before "retiring" until we had finished and were all completely satisfied with "Lovelessness". We have never been the type of band that works on material while on the road. Some bands can do it but we never have. As a band we focus our energy on whatever we are currently doing and wherever we currently are. We take the band one day at a time.

How has the environment in Vancouver, British Columbia affected your songwriting for "Lovelessness"?
Would you say you have a fascination, or at least an abiding interest in mental illness, given that two of your latest songs are named "Clozapine Dream" and "Anxiety Puke"?

Vancouver is a grey, rainy, desolate place. The landscape seamlessly shifts from vast mountain ranges and dense forest to endless beaches and boundless farm land. It is visually breathtaking and weather-wise the most agreeable place to live in Canada. The mild climate and picturesque landscape makes Vancouver a highly desirable locale for real estate savvy foreign investors. Unfortunately the mild climate also lends itself favourably to the needs of those living on the streets which pushes the gap between the obscenely fortunate and the unfortunately destitute further and further apart. Being the largest Western Canadian port city also makes it the one of the major destinations for drug traffickers. The combination of extreme class separation, outrageous property prices and an inundation of readily available drugs makes Vancouver a city plagued with drug addiction, untreated mental illness and hopelessness.
Three out of four of us actually work at homeless shelters and safe injection sites in the downtown east side. We all see and live with what most would consider a harsh way of life on a daily basis. I myself, entirely personally and without speaking for anyone else in the band, deal with my own mental illness and addiction issues. So yes, in one way or another, as a band we have a huge interest in directly addressing mental illness in our songs as we do in our daily lives.

How does this album transcend or differ from the musical and lyrical archetypes you'd set forth on previous releases?

I feel as though the longer we exist as a band the more honest and direct our lyrics become. The same could probably be said for our song writing. The more songs we write and arrange as a band the more critical we become of each other. Early on we were still experimenting with styles and finding where we as musicians were comfortable. I feel like we are now at a point of discarding our insecurities and accepting our influences and song writing instincts. As a band we have very little in the way of unreleased material. We will either forge and alter a song until we are all entirely satisfied with it or we will simply discard it. We are a band that exists primarily for the satisfaction of ourselves but one who thoroughly appreciates any common ground we might find with our fans and friends.

When working with (Lovelessness producer) Sanford Parker, did you find he brought out a new dimension in your sound and playing?

I have personally been a fan of Sanford for a long time. After years of listening to records he had recorded or played on I finally had the chance to meet him while Nachtmysitum was on tour with Cradle Of Filth and came through Vancouver. Blake (Judd- founder and genius behind Nachtmystium) and I are old buds and I somehow ended up on their tour bus in downtown Vancouver. Without divulging too much we had some fun and then i sent them on their way. The following year while on tour in Chicago, unbeknownst to me (and yet at my initial behest), my bandmates approached Sanford about producing our next record. He agreed and then somehow we eventually ended up in Chicago making a record for two weeks. I encouraged him to be fully involved in the creative process as well as the technical side. He ended up contributing some fantastic, reverb drenched oscillation noise to the end of one track.

Matt Wood, your drummer, is a recent addition to your group, replacing Brad McKinnon in 2011. What is the energy there? What sort of dynamic has he brought to Bison B.C.?

Matt is a very old friend of everyone in the band. He not only played drums in the legendary Vancouver sludge band Goatsblood (also featuring Masa adding noise on a sheet of aluminum covered with contact mics run through a plethora of distortion and effect pedals) but also world renowned 3 Inches of Blood, short lived power / boogie revivalists Pride Tiger and the amazingly underrated doom punishers Haggatha. Years ago when James and I were first getting the band together Matt was at the top of our list of local drummers we were courting to join the band. At the time he declined due to his busy schedule but six years later the timing worked out and he finally agreed to join us. We share a jam space with his other current band Haggatha so his drums were already set up with all of our stacks. He knew our old songs well as an old friend and fan and involved himself fully in the arranging process of the new songs. We had the advantage of friendship, familiarity and most importantly respect when we started to play and write with Matt. Stylistically Matt is completely different than Brad was. In the same way that James is stylistically different than I am at playing guitar, we all bring something different to the table of the Bison sound. No single one of us can be replaced but if the situation requires then we will adapt and grow as needed to survive.

You seamlessly blend in your music aspects of sludge, heavy, hard-hitting fast rock and the atmospheric to create the Bison B.C. sound. Have you found that this style of genre cross-pollination has always come naturally to this group?

From the very beginning we have strived to create our own "sound" as a band. That is a statement that in and of itself reeks of hypocrisy and pretension...however as individuals we each have our own unique and vast array of musical tastes. From grind to pop to jazz to folk to prog to blue grass to power violence to punk...and so on. We have never been ones to shy away from admitting our influences and yet are constantly surprised by the comparisons that are heard by others. We even surprise each other while working on new material by what influences we think we hear in certain parts of songs. In this day and age there is absolutely no question that complete originality simply no longer exists. Every riff possible has already been written...the good ones several times over. As a current band one can only hope to combine those pre-existing riffs in a way that is interesting, unique and exciting.


Bison B.C. has explored the mythical Wendigo over the course of two albums, from Quiet Earth to 2010's Dark Ages. Do you have any more concept pieces in mind for the future?

No. The "Wendigo" pieces were not even planned out nearly as much they seem. There was no grand scheme or design behind them. They simply worked out as a trilogy over two albums. As I said we are a band that exists entirely within the moment. We make it all up as we go and rely almost entirely on our guts and intuition.

WIll you release a live DVD sometime soon?

We have no plans to but if the right live footage ever came forward we would not say no to the idea simply out of principal. We aren't the kind of band that would ever make a music video simply because we were told to or felt obligated to. Just in the same way that we wouldn't record an album because we had to. We will always only do or release what we all as a band are comfortable and satisfied with doing or releasing.


What are your plans for a tour of the United States on the new record?

We currently have nothing booked for a US tour but we will no doubt head down there in support of the new record. We would love to head down to SXSW again next year and then who knows after that... Europe? UK? Canada a hundred times?!


Again, thanks for your time, and we wish the band all the best with the new cd release and with the tour!

Thanks so much for the questions and for caring about our shitty little band!