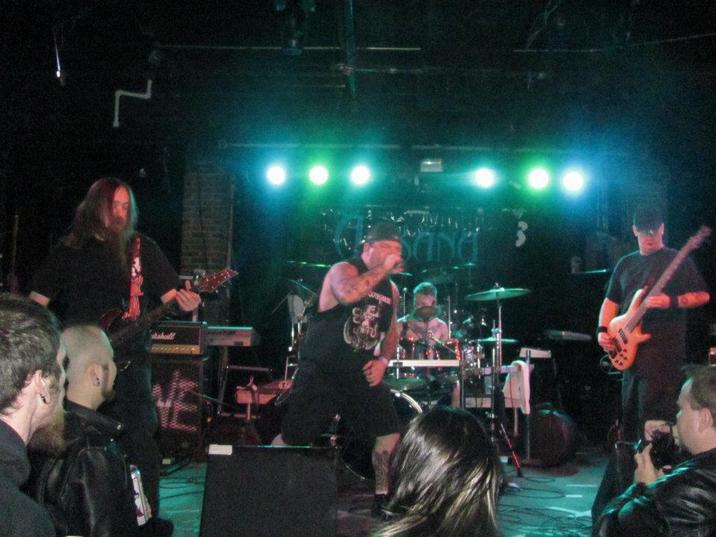 At No End is a Metal/Hardcore band. The band successfully balances its music between the two genres. As the bands description proclaims, At No End rose from the streets of Cleveland in 2004 and quickly became a major player in the Cleveland metal and hardcore scenes. Dirty and tough urban streets is what immediately came to mind when I first listened to the bands second full-length release, Urban Holocaust.

I hadn’t heard of this band before being handed the CD and being asked to take a listen and write a review. The cover art of a little girl with bloodied hands certainly intrigued me. I opened the insert and read that Curran Murphy produced the recordings. That instantly boosted my expectations. I popped the CD in the player and headed to the city to catch a show.

Listening to Urban Holocaust was like getting hit in the face over and over again, twelve different times; each flurry of punches accompanying each of the 12 tracks. The music does get repetitive, though, for me. After listening to the CD a few different times, the songs began to meld into each other and become more of a background soundtrack for my drives in the city.

The sound and production is clean and steady. The songs are aggressive and express the anger one would expect in a hardcore song list. It’s got gritty guitar riffs and the unrelenting drumming style of metal. The 6th track, Strength is Pain, has a great sludgy sounding bass intro and a simple but catchy lead guitar solo near the end of the song. The beginning of the 11th track, Urban Holocaust, catches me off guard every time. I hear the sirens and immediately start looking around, wondering what the hell I did wrong.